Has The Population Of Pigeons In New York City Been On The Rise? 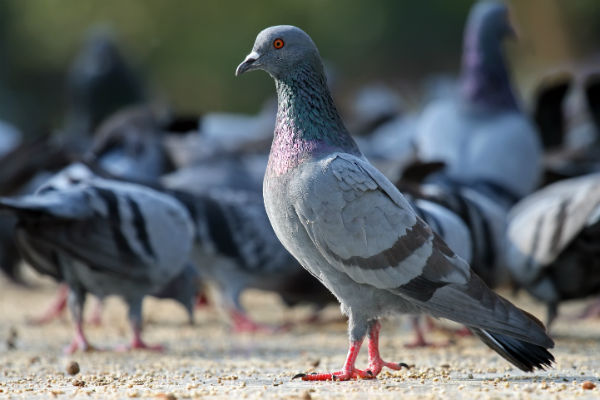 Pigeons and New York City are practically synonymous. To some, these hardy, feathered creatures are intelligent and beautiful, while others see pigeons merely as ‘rats with wings.’[1] In parks, on windowsills, rooftops, and sidewalks, or swooping past people in the city’s bustling streets, pigeons are a part of almost every aspect of life in New York. But surprisingly, pigeons are not native to the region at all. An article on the New York Public Library’s website explains that pigeons were likely brought to the US from Europe in the 1600s and were raised as a source of food [2]. Now, however, the tables have turned. Pigeons receive almost all of their food in the form of “seeds, breadcrumbs, popcorn and our other leftovers.” [3] All of these are delivered as handouts (whether intentional or otherwise) from NYC’s human residents.

But how many pigeons, exactly, live in NYC? The answer is somewhat unsatisfying—no one really knows for sure. However, many subscribe to the adage that there is a pigeon per person[4], which would mean that there are close to a whopping seven or eight million[5]. The abundance of food and the endless supply of places to nest and find shelter make NYC a sort of pigeon utopia. Especially considering the fact that “window ledges, rooftops and bridges are perfect substitutes for the cliffside ledges they use for roosting and nesting in the wild.”[6] For pigeons, NYC is quite literally a concrete jungle.

With the city being such a conducive environment for a pigeon’s survival, the population of pigeons in New York City is unlikely to drop significantly any time soon. But, if the old adage holds true, the pigeon population may actually begin to rise seeing as “their numbers reflect the rise of urbanization: As New York’s population grows, so does that of pigeons.”[7] This is dependent on whether the city plans to take action against the rising population of pigeons. Most action in the past has consisted of using falcons, realistic owl sculptures, or spikes on building ledges to fend pigeons off from a certain area, and anti-feeding bills have also been considered[8], but for now, it seems as though the pigeons are here to stay in New York City and grow alongside it.