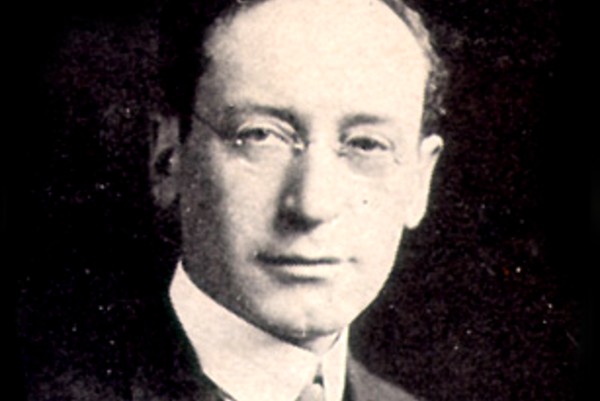 He was father to Felix S. Cohen and Leonora Cohen Rosenfield.

Cohen was born in Minsk, Imperial Russia, the son of Bessie (Farfel) and Abraham Mordecai Cohen.

He moved with his family to Harlem, New York, at the age of 12.

He was educated at the City College of New York and Harvard University, where he studied under Josiah Royce, William James, and Hugo Münsterberg. He obtained a PhD from Harvard in 1906.

He was Professor of Philosophy at CCNY from 1912 to 1938. He also taught Law at City College and the University of Chicago 1938-41, gave courses at the New School for Social Research, and lectured in Philosophy and Law at Columbia, Cornell, Harvard, Stanford, Yale, and other universities.

Like a true Harlemite, Cohen was legendary as a professor for his wit, encyclopedic knowledge, and ability to demolish philosophical systems. “He could and did tear things apart in the most devastating and entertaining way; but…he had a positive message of his own”, Robert Hutchins. Bertrand Russell said of Cohen that he had the most original mind in contemporary American philosophy.

Cohen helped give CCNY in the 1930s its reputation as the “proletarian Harvard”, perhaps more than any other faculty member.

Cohen helped give CCNY in the 1930s its reputation as the “proletarian Harvard”, perhaps more than any other faculty member. The Cohen Library at CCNY is named for him.

Cohen was an advocate of liberalism in politics, and was opposed to laissez-faire economics. 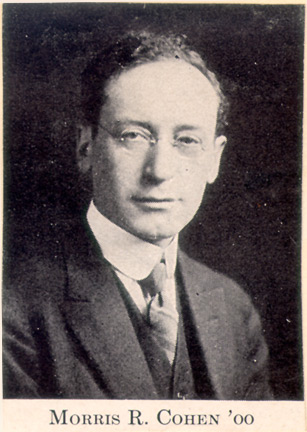 Cohen also defended liberal democracy and wrote indictments of both fascism and communism. Cohen’s obituary in the New York Times stated that long before his death, Cohen had become “an almost legendary figure in American philosophy, education and the liberal tradition”.

From his work, Reason and Nature:

To be sure, the vast majority of people who are untrained can accept the results of science only on authority. But there is obviously an important difference between an establishment that is open and invites every one to come, study its methods, and suggest improvement, and one that regards the questioning of credentials as due to wickedness of heart, such as Cardinal Newman attributed to those who questioned the infallibility of the Bible…Rational science treats its credit notes as always redeemable on demand, while non-rational authoritarianism regards the demand for the redemption of its paper as a disloyal lack of faith.

On May 3, 1953, under President Buell G. Gallagher, the City College Library was dedicated to and named for Morris Raphael Cohen.