Harlem’s Harold Stevens, First African American To Hold A Seat On The Court of Appeals 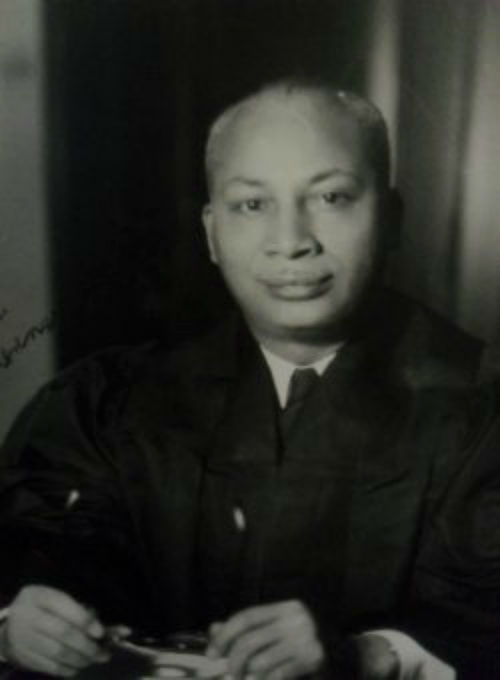 He was born on October 19, 1907, in Johns Island, South Carolina, the William F. Stevens, and Lilla L. (Johnson) Stevens. His father died when he was three years old and Harold left Johns Island and moved to Columbia, South Carolina with his mother and maternal grandparents, the Reverend and Mrs. C.H. Johnson. Later his mother remarried. Harold attended Claflin College High School and earned a Bachelor’s Degree from Benedict College in 1930. He headed to Boston after he was rejected from the then-segregated University of South Carolina Law School. In 1936 he was the first black American to get an LL.B. degree in labor law from Boston College.

Judge Stevens and Ella did not have any children and settled in Harlem where they engaged in various religious, social, and charitable activities.

NY Courts wrote that on Christmas Day, 1938, Stevens returned to South Carolina to marry Ella Clyde Myers, whom he had known since grade school and, like him, had attended Benedict College. The couple moved to Manhattan, “for he had fallen in love with the city.” In a New York Times interview, Judge Stevens recalled “a long, hectic trip South . . . to deal with the problems of Negro sleeping car porters, and the relief and joy he felt when, returning at night across the Jersey meadows, he saw the twinkling panorama of city lights. ‘I can’t imagine living anywhere else,'” he said. Judge Stevens and Ella did not have any children and settled in Harlem where they engaged in various religious, social, and charitable activities.

In the 1940s he was a counsel to the Brotherhood of Sleeping Car Porters and the Provisional Committee to Organize Colored Locomotive Firemen. He was a veteran of World War II. He was a member of the New York State Assembly (New York Co., 13th D.) from 1947 to 1950, sitting in the 166th and 167th New York State Legislatures.

In January 1974, Governor Malcolm Wilson appointed him to the New York Court of Appeals to fill the vacancy caused by the election of Charles D. Breitel as Chief Judge. This gave him the highest rank of any black American in a state judicial system; he was the first African American to hold a seat on the Court of Appeals. In 1974, he ran on the Republican, Conservative and Liberal tickets for a full term, but was defeated by Democrat Jacob D. Fuchsberg. In 1975, he resumed his post as Presiding Justice of the Appellate Division (1st Dept.) and retired from the bench in 1977.

On November 9, 1990,  was rushed to Harlem Hospital and died at his home in Harlem, New York.