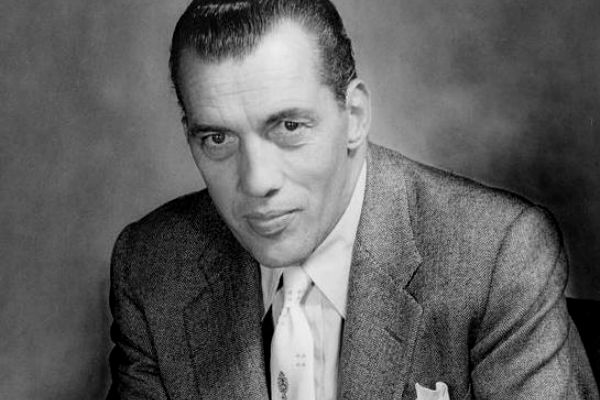 With over 100 million of the total accumulated since Harlem born Ed Sullivan‘s The Ed Sullivan Show officially joined the streaming universe to live on forever through an agreement between UMe and SOFA Entertainment Inc. for the global digital rights to The Sullivan Show library, which encompasses the influential television program’s historic 23-year primetime run on CBS.

Among the most popular performances are Elvis Presley with “Hound Dog,” “Don’t Be Cruel,” and “Love Me Tender;” Jackson 5 with “I Want You Back,” “Medley: Stand!, Who’s Loving You, I Want You Back” and “Who’s Loving You;”  Neil Diamond’s “Sweet Caroline;” The Mamas & The Papas’ “California Dreamin’” and “Monday, Monday;” and Tom Jones’ “Delilah.”

Bruce Resnikoff, UMe President & CEO, said, “UMe and SOFA Entertainment set out to transform an incredible treasure trove from The Ed Sullivan Show to the streaming era and to new audiences.

It is extremely gratifying to achieve 150 million lifetime views on YouTube and two-thirds of that number since launching our worldwide streaming initiative together.

Ed Sullivan was a pioneer of his time and is responsible for many pivotal TV performances and significant moments in entertainment history.

This milestone underscores the incredible response we have seen this past year as fans have embraced streaming these amazing performances.

“When this streaming initiative began, SOFA Entertainment set out on a new course with the stewardship of The Ed Sullivan Show catalog in the hands of my son, Josh,” said Andrew Solt, CEO of SOFA Entertainment. “We agreed that continuing our decades-long relationship with the UMe was crucial to successfully making these historic and memorable segments available for people around the world to enjoy.  Reaching 150 million lifetime views is an exciting achievement.”

Josh Solt, who is now President of SOFA Entertainment, said, “UMe shares SOFA Entertainment’s vision to make The Ed Sullivan Show accessible to existing fans and future generations. This milestone is an important first step in accomplishing our common goal.”

The Ed Sullivan Show wrapped its final episode and charmed TV viewers for the final time on Sunday night June 6, 1971.

The show’s YouTube channel carries on the groundbreaking legacy established by its inimitable host and officially presents performance and guest segments, which are also accessible across streaming services worldwide.

Throughout its historic 23-year primetime run (1948-1971), The Ed Sullivan Show brought the hottest performances from around the world and introduced emerging talent to America’s living rooms every Sunday night. The show featured some of the earliest or first televised performances of music superstars including The Band, The Beach Boys, The Beatles, The Jackson 5, The Mamas and The Papas, The Supremes, and The Rolling Stones.

The Ed Sullivan Show‘s YouTube channel honors an entertainment legacy with a wide range of playlists to explore. Among the voluminous gems in this vast catalog are iconic clips most of which have not been seen in decades. UMe uploads new videos daily, including scores of rarities available digitally for the first time, to The Ed Sullivan Show’s official YouTube channel and EdSullivan.com, both newly updated.

The Ed Sullivan Show is the most popular primetime variety show in American history. For nearly a quarter-century, Ed Sullivan hosted the greatest array of talent on television, including The Beatles, The Rolling Stones, Elvis Presley and Motown artists such as The Supremes, The Temptations, and The Jackson 5. Every Sunday night at 8 pm on CBS from 1948-1971, The Ed Sullivan Show showcased a wide variety of pop culture from the worlds of music, comedy, novelty, and much more. The library of 1,000 hours includes over 10,000 performances.