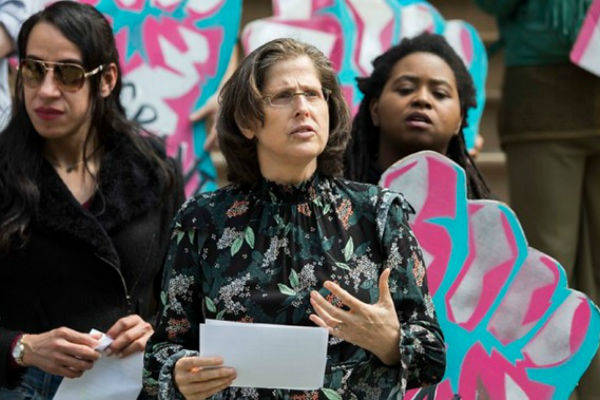 Calling on his administration to prioritize survivors in its response to allegations that the former director of a City-funded homeless services provider sexually assaulted homeless women.

“We are gravely disappointed by your response to allegations that a homeless service provider, formerly of the Bronx Parent Housing Network (BPHN), regularly sexually assaulted homeless women. As the New York Times reported, these assaults were carried out in addition to financial exploitation. It is despicable that the City was doing business with an abuser, and continued to do business with him, despite multiple survivors reaching out to the NYC Department of Social Services (DSS) to alert them of the situation.”

After media reports surfaced, the Mayor acknowledged the assault allegations, and his administration has directed BPHN to hire an independent investigator to examine them.

Council Member Rosenthal and her colleagues are calling on the City to first and foremost focus on the survivors. This means ensuring that each survivor receives all the trauma-informed support the City has to offer.

Additional recommendations focus on restructuring the City agency and 311 responses to reports of sexual assault or harassment.

Read the text of the letter below. Click here to see the letter and all its signatories.

Council Member Rosenthal, other elected officials, and advocates will hold a press conference early next week to review the Administration’s response further.

We are gravely disappointed by your response to allegations that a homeless service provider, formerly of the Bronx Parent Housing Network (BPHN), regularly sexually assaulted homeless women. As the New York Times reported, these assaults were carried out in addition to financial exploitation.

It is despicable that the City was doing business with an abuser, and continued to do business with him, despite multiple survivors reaching out to the NYC Department of Social Services (DSS) to alert them of the situation.

When two survivors reported their abuse to the DSS, according to the New York Times article, DSS referred the cases back to the BPHN Board of Directors.

We urge you, Mr. Mayor, to take responsibility and hold both DSS and the Department of Homeless Services (DHS) accountable for the fact that their complaint system is fundamentally broken.

To merely blame BPHN’s Board of Directors and place the burden on them to hire an independent firm to investigate is not enough.

Yes, they need to address their multiple failures as an agency– but we the City have failed here too. Systemic changes need to be made to our contracting system to prioritize women and all survivors of violence.

Furthermore, while we support every survivor’s right to decide if they wish to seek police support, the NYPD SVD should already be investigating this case on the abuser’s side.

Is this already happening? We understand why BPHN would benefit from hiring their own independent investigator, but why does the City have to wait when we have a fully equipped SVD at our disposal?

Survivors do not matter less because of their income or housing status. DSS should have taken these complaints seriously and worked directly with DHS to connect the survivors with support.

Should the City contract blindly with no regard for the violence we effectively fund?

Of course not– but as this case shows, we pour millions of dollars into contracts without effectively responding to allegations of abuse.

At a minimum, the BPHN survivors should have been made aware of counseling services. The Administration failed to take this critical first step, in spite of having dedicated agencies like ENDGBV and the many non-profit providers with whom it contracts (identified on the NYC Hope website) at its disposal.

I am drafting legislation that requires DSS and DHS to share basic Domestic Violence resources with any complainant that mentions sexual assault. But this is just a small step — we need sweeping action from you at the top.

Mayor de Blasio, we demand that you:

1. Ensure that survivors who came forward are made aware of the resources available to them, beginning with counseling. Trained trauma-informed counselors can assist survivors in determining if they want to work with NYPD SVD to investigate the assaults.

2. Commit to the restructuring of complaint systems at DSS, DHS, and all government agencies, to ensure allegations of abuse are treated with the utmost care, especially when dealing with our most vulnerable populations — like homeless women.

3. Inform us if NYPD SVD is actively investigating the BPHN abuser, and ensure they follow best practices in being respectful of every survivor’s right not to engage with PD given the risks of retraumatization.

Frankly, you missed an opportunity this past Sunday to remind people that resources are available for survivors to get help.

It’s critical that leaders provide this information on a regular basis — especially now as data shows sexual assault has intensified during COVID.

We implore you to take the above three steps immediately and to be as transparent as possible about the outcomes so we can send a clear message to survivors in New York City about your Administration’s priorities.