Harlem’s Cathedral Of St. John The Divine Welcomes Rose Of The Compass For A Concert Celebration 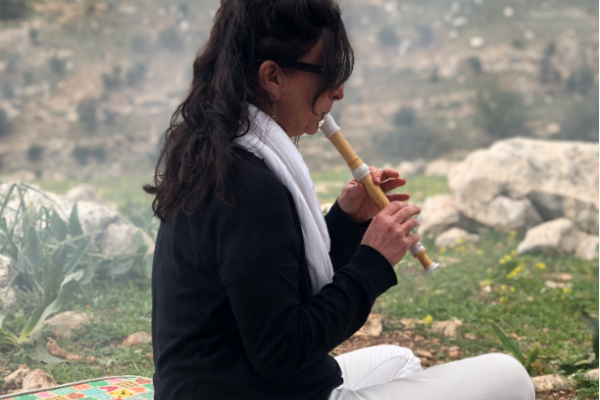 The Cathedral of St. John the Divine continues its 2019-2020 season of Great Music in a Great Space with This Fragile Earth.

It’s a celebration of nature’s exquisite beauty in collaboration with world music ensemble Rose of the Compass, on Monday, February 10, 2020 at 7:30 pm .

The performance commemorates the 50th anniversary of Earth Day, first celebrated in 1970. Nina Stern’s acclaimed world music ensemble Rose of the Compass will join the Cathedral Choir and soloist Arthur Fiacco, Jr. for a program of music drawn from numerous global cultures.

Kent Tritle, Director of Cathedral Music and Organist, leads the combined ensembles and will be joined as a conductor by Associate Choirmaster Bryan Zaros and Music Administrator Jie Yi.

Rose of the Compass was founded in 2010 by recorder virtuoso and early music specialist Nina Stern in collaboration with luminaries of New York’s world scene. The ensemble, which released its first CD in 2011, explores repertoire from diverse traditions, creating a musical space unifying East and West. For the past several years, the ensemble has collaborated with Kent Tritle and the choir of the Cathedral of St. John the Divine, presenting innovative programs such as The Ornament of the World: Music of Multicultural Spain, The Wingèd Lion: Venice and the Orient, The Glory of Constantinople, and The Four Quarters of Jerusalem, which was also released as an album on the Pro Organo label in 2015.

Kent Tritle is one of America’s leading choral conductors. Called “the brightest star in New York’s choral music world” by The New York Times, Tritle is in his seventh season as Director of Cathedral Music and organist at New York’s Cathedral Church of Saint John the Divine. He is also Music Director of the Oratorio Society of New York and of Musica Sacra. He is Director of Choral Activities and Chair of the Organ Department at the Manhattan School of Music and on the graduate faculty of The Juilliard School. He is organist of the New York Philharmonic and the American Symphony Orchestra. Tritle holds graduate and undergraduate degrees from The Juilliard School in organ performance and choral conducting. He has been featured on ABC’s World News Tonight and on National Public Radio and Minnesota Public Radio, as well as in The New York Times and The Wall Street Journal.

Bryan Zaros is a young American conductor recognized for his “strong musical imagination” and “deep sense of musicality and communication.” He is the Associate Choirmaster at the Cathedral of St. John the Divine, and made his conducting debut with the Cathedral Choirs at Westminster Abbey, London. A native New Yorker, Zaros began his professional musical training as a member of the Metropolitan Opera Children’s Chorus and as a boy chorister at The Church of the Transfiguration, NYC. He is the Music Director of the Pro Arte Chorale, an ensemble with a 55-year legacy specializing in the performance of choral/orchestral masterworks and is a frequent guest lecturer at the Manhattan School of Music and at music conferences throughout the USA. He received a Bachelor of Music in Sacred Music from Westminster Choir College and a Master of Music in Conducting from the University of Michigan. He is currently a candidate for the Doctor of Musical Arts degree in Conducting at the Manhattan School of Music.

Jie Yi is the Music Director at the Unitarian Universalist Fellowship of Huntington, New York. He graduated from Manhattan School of Music with a Doctor of Musical Arts degree in conducting (2019), studying with Kent Tritle, and a Master of Music degree (2015).  He is the author of Chinese for Singers, the first comprehensive guide for Western singers to use in singing Chinese texts, which the chorus used in preparing this concert. At the Cathedral of St. John the Divine, Mr. Yi has performed Messe de Minuit by Charpentier, Musikalische Exequien by Schütz, and Missa O quam gloriosum by Victoria. In 2015, he made his debut at Carnegie Hall, directing Xian Xinghai’s Yellow River Cantata.  Mr. Yi is a recipient of the Asian Culture Council Fellowship (2011) and the U.S. China Cultural Institute Fellowship for Young Conductors (2006).  As pianist and vocal coach, Mr. Yi performed at La Lingua della Lirica Festival in Italy (2015-16), and performed Bellini’s opera I Capuletti e I Montecchi at Manhattan School of Music (2013).

Revived in 2011, Great Music in a Great Space reprises the legendary concert series first held at the Cathedral in the 1980s. Great Music in a Great Space presents choral, orchestral, and instrumental music, in the magnificent, deeply spiritual setting of the world’s largest Gothic cathedral. Concerts take place in many locations: the vast space of the Crossing, the more intimate setting of the Great Choir, and the exquisite Chapels of the Tongues. The beloved holiday traditions of the Christmas Concert and New Year’s Eve Concert for Peace are an integral part of our concert series.

Tickets start at $25. Complimentary tickets are available to students by showing a student ID at the Visitor Center on the night of the concert. To purchase tickets and for more information, please visit https://www.stjohndivine.org/calendar/29424/this-fragile-earth.