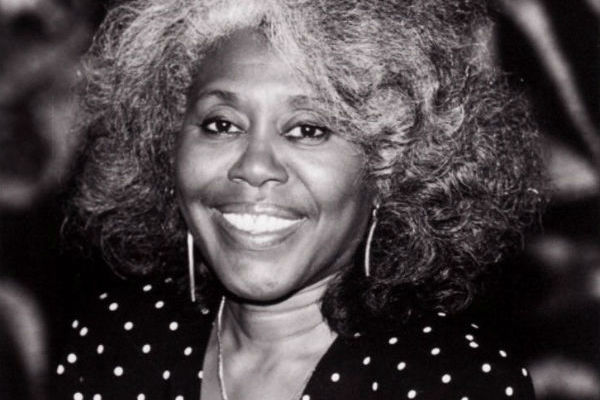 Teer was born in East St. Louis, Illinois, to Fred L. and Lila B. Teer, well known as dedicated educators and community leaders. Early in her life, Barbara demonstrated extraordinary gifts and talents. At 15, she graduated from Lincoln High School in East St. Louis.

Her sister, Frederika Teer, was a Congress Of Racial Equality Field Secretary (organizer)in the north & mid-South from 1960. She and Genevieve Hughes were the first women to hold the title.

Career in the theatre

Following her international travels, Teer came to New York City, where she pursued a career as a professional dancer. She studied with Alwin Nikolais at the Henry Street Playhouse and Syvilla Fort (Katherine Dunham Technique).

She toured with the Alvin Ailey Dance Company, Louis Johnson Dance Company and the Pearl Bailey Las Vegas Revue. In 1961, Teer made her Broadway debut as dance captain in the Tony award-winning musical Kwamina, which was choreographed by Agnes de Mille.

Teer performed in the film version of Ossie Davis’s stage play Purlie Victorious. After a knee injury in 1962, Teer switched her primary artistic focus from dance to theatre.

Teer crafted a lucrative and successful acting career, receiving numerous accolades, including a Drama Desk Award and several Obie Awards. Between 1961 and 1966, she continued to perform on and off-Broadway as well as in television and film.

Teer grew disillusioned with the negative stereotypes she came across in her quest for responsible acting roles, making an exception to appear in the 1969 motion picture “Slaves.” .

In 1963, she co-founded The Group Theatre Workshop with Robert Hooks, which later became the Negro Ensemble Company. Arguing for independence from the white-dominated mainstream, she wrote in a 1968 article in The New York Times:

In 1968, with the emerging cultural consciousness of the African experience, Teer decided to found a new theatrical institution committed to cultural transformation, social change, and historical innovation within African-American communities.

Leaving a flourishing career, and following in the activist footsteps of her older sister Fredrica (who had been an organizer with Eldridge Cleaver and Stokley Carmichael), Teer founded the National Black Theatre (NBT).

Its mission was self-empowerment, liberation, truth and training for a new generation of artists and creative entrepreneurs. Over five decades, Teer was an agent of change and an eminent curator of the African cultural heritage.

Her representation of authentic cultural traditions of people of African descent born in America was unprecedented.

She fashioned a new cultural paradigm by organizing a spiritual and artistic community of people who were conscious of their responsibility as “institution builders.”

In addition to her role as a pioneer of Black theatre that reached beyond America, she developed a groundbreaking methodology taught exclusively at the National Black Theatre called “TEER: The Technology of Soul.”

TEER Technology utilized the symbolism, rituals, and mythology of authentic West African traditions. It shifted the traditional paradigm of Western theatre from a “self-conscious” art form to “God-conscious” art, allowing artistic expression which thrived on audience participation and was based on “call and response” dialogue embodied in the Black church.

The creative process removed the two-dimensional “psychic distance” existing between the artist on stage and the audience. She called it a “Ritualistic Revival — theatre art that flows from the heart.”

During the 1970s, NBT continued to be a fertile training ground for actors, singers, dancers, and musicians within the Harlem community and beyond. In 1974, Teer founded the Children’s School for the Development of Intuitive and God-Conscious Art (CSDIG).

Having recently become a mother, she wanted to create a nurturing, loving, and empowering environment in which the children of NBT staff could grow, learn, and thrive in a self-affirming and unfettered manner.

A concept ahead of its time, CSDIG enabled the NBT staff to bring their children to work with them and provided them with a priceless education.

Teer wrote, directed and produced a substantial and impressive body of work, including ritualistic revivals (plays) and interactive artistic reviews.

She believed theatre and artistic expression were sublime sources of healing and nurturing for the Black community and, in fact, for all of humanity.

Her unwavering commitment to exploring African artistic expression was complemented by the belief that artists should also be owners/entrepreneurs within the communities where they live, work and serve.

In that vein, she purchased a city block of property in Central Harlem on a major business corridor at 125th Street and Fifth Avenue.

The National Black Theatre was the sponsoring developer for a 64,000 square feet (5,900 m2) real estate project that became the first revenue-generating Black Theatre Arts Complex in the country.

Teer had an early marriage to actor Godfrey Cambridge (1962–65). After that union ended, she had two children with Michael Adeyemi Lythcott, Michael F. “Omi” Lythcott, and Barbara A. “Sade” Lythcott, CEO of The National Black Theatre.