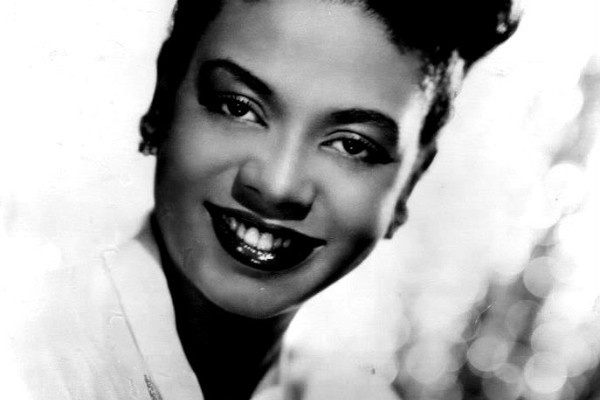 Today The Apollo Theater announced plans for the fifth bi-annual WOW – Women of the World Festival.

The fifth bi-annual WOW – Women of the World Festival is an international festival that elevates the voices, experiences, and truth of women spanning all ages.

As part of the festival, the Apollo will feature a Live Wire conversation, Hazel Scott: The Darling of Café Society, part of Apollo’s popular series that honors iconic individuals who have impacted the Theater’s history.

Karen Chilton, author of “Hazel Scott: The Pioneering Journey of a Jazz Pianist,” will lead this celebration of Scott with special guests, Damien Sneed and Camille Thurman.

Returning this year to the festival, WOW: Teen Summit will dissect gender politics and how it impacts girls and young women of color.

Through performances from singer, songwriter, and spoken-word artist Brianna Knight and singer Alyssa Martinez and a panel discussion moderated by reporter and producer Kay Angrum with community activists Akia S. Callum, Malaysia Freeman, and Hebh Jamal, audience members will be encouraged as a collective to take action towards their goals.

The Festival will close with Apollo Film Presents ImageNation’s Cocktails & Sol Cinema, featuring short films by women from around the world in speculative fiction, sci-fi, fantasy, and folklore.

Additional details and a complete WOW Festival line-up will be announced at a later date. WOW, Apollo is presented in partnership with The WOW Foundation.

With music at its core, Apollo’s programming extends to dance, theater, spoken word, and more. This includes the world premiere of the theatrical adaptation of Master Artist-in-Residence Ta-Nehisi Coates’s Between the World and Me and the New York premiere of the opera We Shall Not Be Moved; special programs such as the blockbuster concert Bruno Mars Live at the Apollo; 100: The Apollo Celebrates Ella; and annual Africa Now! Festival.

The non-profit Apollo Theater is a performing arts presenter, commissioner, and collaborator that also produces festivals; large-scale dance and musical works organized around a set of core initiatives that celebrate and extend Apollo’s legacy through a contemporary lens, including the Women of the World (WOW) Festival; as well as other multidisciplinary collaborations with partner organizations.

on this legacy. For more information about the Apollo, visit www.ApolloTheater.org.

WOW – Women of the World Festival is a global movement launched by Jude Kelly, CBE at Southbank Centre London in 2010.

To date, The WOW Foundation has reached over 2 million people worldwide with its groundbreaking programs for change, including the WOW Festival.

To date, The WOW Foundation has reached over 2 million people worldwide with its groundbreaking programs for change, including the WOW Festival.

The WOW Foundation produces WOW festivals across the world to celebrate women and girls, take a frank look at what prevents them from achieving their potential, and raise awareness globally of the issues they face while focusing on possible solutions. 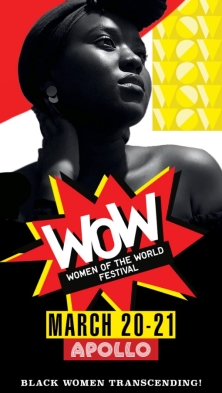 It is the biggest, most comprehensive, and most significant festival dedicated to presenting work by women and promoting equality for women and girls. Find out more at https://www.thewowfoundation.com/

Leadership support for the Apollo New Works initiative provided by the Ford Foundation.