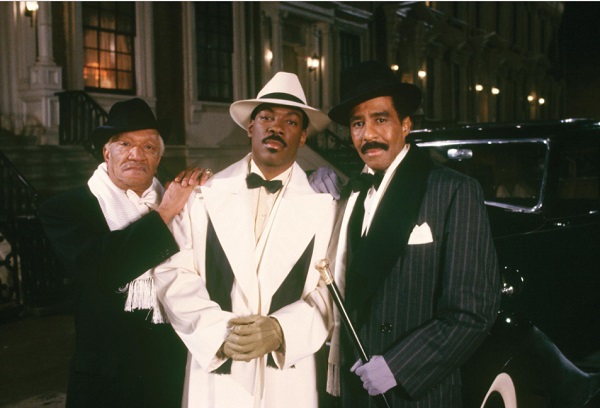 While Eddie Murphy’s 1989 directorial debut Harlem Nights may not have been the hit that he was hoping for, the crime comedy did receive acclaim for its visual appeal. That was realized in the Oscar nomination for Best Costume Design, although the movie received criticism for only showing the less savory sides of Harlem. Harlem Nights remains Murphy’s sole directorial outing. While it did grant him the opportunity to star alongside his idol, Richard Pryor, the movie perhaps didn’t do justice to either the strength of its cast or to late 1930s Harlem.

Harlem Nights was very much the product of Murphy, with the director and star also writer of the screenplay. Murphy was still making his transition from an influential figure in the revival of Saturday Night Live into a movie star, but Harlem Nights marked a misstep after the comparative successes of Coming to America and the Beverley Hills Cop movies. Murphy was praised for his demeanor on set, but his lack of subsequent directing work (and the Worst Director nomination at the Golden Raspberry awards) perhaps indicates that the talented actor and comedian wasn’t the best candidate to translate 1930s Harlem to the big screen.

A stellar cast that couldn’t shine

The cast also featured Della Reese and Redd Foxx, but Murphy was unable to cohere the talent into a compelling movie. Michael Wilmington’s review for the LA Times is withering in its criticism, stating his disappointment that the Murphy didn’t investigate Harlem beyond the gangland setting that dominates the movie. A rating of 6.0 on IMDb shows that audiences have been slightly more forgiving than Wilmington, although the 25% score on Rotten Tomatoes demonstrates that critics largely didn’t take well to Murphy’s work.

The plot follows Murphy and Pryor’s character as they attempt to stave off threats from dangerous gangsters and dodgy police officers in order to keep their illegal casino running. While, as Betway states, it’s the high life and glitz and glamour that is usually depicted in moves set around a casino, which is where Harlem Nights perhaps set itself apart from the crowd. Instead of high-rollers and luxury, Murphy looked at a criminal underbelly, albeit in a humorous way.

The movie is set towards the end of the period known as the Harlem Renaissance, with the area experiencing a cultural and sociological rebirth between the end of the First World War and the end of the 1930s. If Murphy had wanted to take a more glamorous approach to the casino focus, then he could have looked towards the focal point of this cultural reimagining, the Renaissance Theatre Building.

This building later became known as the Renaissance Ballroom & Casino, although it has since been demolished. Opened in 1921, the building was an incredibly versatile entertainment venue, hosting everything from prize fights to social dances. Those dances were soundtracked by performers since recognized as some of the finest jazz artists of all time. Duke Ellington, Count Basie and Ella Fitzgerald all performed at the club.

Duke Ellington, in particular, was hugely influential in establishing a wide audience for jazz music, both in and out of Harlem. Known as “The Ambassador of Jazz”, Ellington and his band The Washingtonians flitted between Harlem’s finest nightspot, most notably the legendary Cotton Club that provided an obvious influence for environments in Harlem Nights. 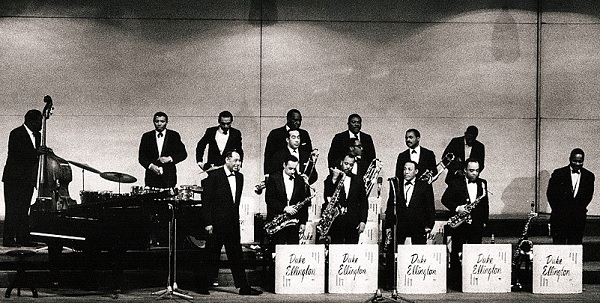 While Harlem Nights tends to focus on seedier occurrences, the 1920s and 1930s were an exciting time for music and dance in Harlem. The Lindy Hop was born in Harlem in 1928 and became the dance of choice for the 70,000 patrons of the Savoy Ballroom each year. Prestigious groups of Lindy Hoppers performed regularly at the Savoy Ballroom, the place that gave its name to Edgar Sampson’s famous jazz standard ‘Stompin’ at the Savoy’. The Savoy entertained diverse crowds late into the night, renowned for their Battle of the Bands.

One of the most iconic 1920s nightclubs in Harlem was Smalls’ Paradise, a three-story building that housed elaborate floor shows and dancing waiters. This venue provided the inspiration for Harlem’s Paradise that featured prominently in the recently-canceled collaboration between Marvel and Netflix, Luke Cage. The television series featured a string of notable artists performing in Harlem’s Paradise, a collection of talent that draws inevitable comparisons with the plethora of greats who frequented the Renaissance Theatre.

Murphy instead chose to adopt a gangland focus for Harlem Nights. This could have worked if the comedy had landed, but instead, a great cast and a great opportunity for a budding director went to waste.