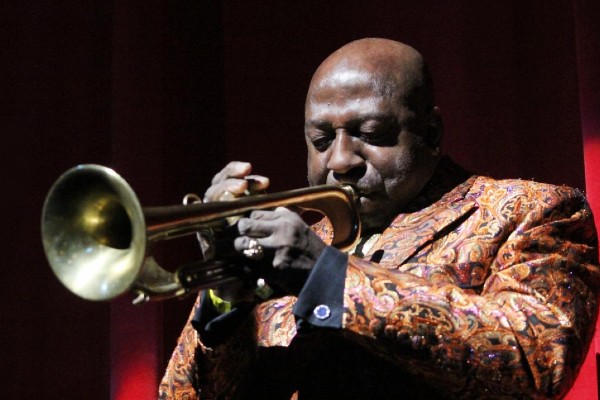 Born in Charleston, Joey moved to New York in 1990 where he became known and loved to all who saw him perform. A regular at Showman’s in Harlem he was known to many as “Mr. Entertainer.”

His phenomenal technical mastery and theatrical magnetism made him the musician Harlem called on over and over again to play the national anthem and to entertain.

He often appeared with the Harlem Blues & Jazz Band and his own band Catfish Stew while continuing to make music in Charleston and around the world at intimate jazz clubs and major festivals.

Throughout his prolific career, Joey also performed with industry greats spanning many musical genres; among them Ray Charles, Paul McCartney, James Brown, and Les Paul, who was also a mentor.

Joey also won Showtime at the Apollo, performed on Black Entertainment Television’s “Jazz Discovery” program, and is a musical tribute at Ground Zero on December 11, 2001.

He received the 2003 Harlem Jazz and Music Festival Instrumentalist of the Year award.

For the past several years Joey performed for the NY Road Runners at the Percy Sutton 5K Run through Harlem. He performed the American and Black National Anthems to critical acclaim by the runners.

Joey Morant “When The Saints Go Marching In”:

In 2019, Joey received a special award from the Harlem Music Festival and Harlem Week for his musicianship and commitment to Harlem.

Related:  How To Enjoy Refreshing Drinking Water Each Morning

Joey was also a runner and a martial arts master. In Charleston he competed several times in the Cooper River Bridge Run, annually playing the national anthem at the start of the race.

For several years, he was known to play the anthem, put down his trumpet and run the race, then pick it up afterwards at the post-race celebration.

He was also a decades-long martial artist with Shoto-Kwon Do, a style that he created and one that he shared with his children.

Joey is survived by his wife of 55 years Linda, and their seven children.