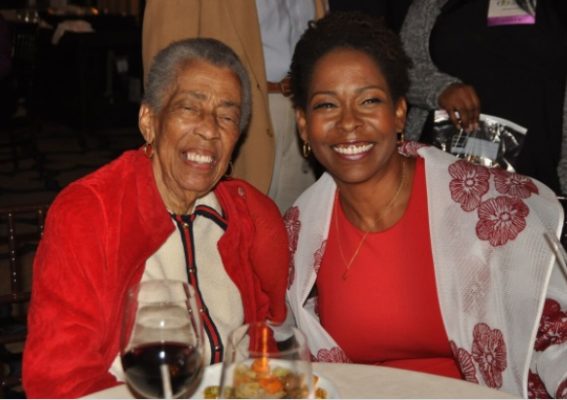 Gymnastics legend and advocate Wendy Hilliard, founder, and CEO of Harlem-based Wendy Hilliard Gymnastics Foundation (WHGF), trained at Detroit Recreation Department and went on to become the first African-American to represent the U.S. in international competition.

By expanding her foundation to serve hundreds of youth in Detroit, Wendy is returning to her roots and coming full circle.

The WHGF, a nonprofit organization that provides free and low-cost quality gymnastics programming for urban youth, is expanding its programming through classes offered at the City’s newly renovated Kemeny Recreation Center for students ages 3-17. Because of its success and popularity since first launching in Detroit in 2016, WHGF programming will now be offered weekly at the Kemeny Recreation Center. Registering for weekly gymnastics classes will only cost $20 for Kemeny Center members. When the WHGF first launched in Detroit in 2016, Saturday gymnastics classes were offered once per week at the Joe Dumars Field House. With the 2019 expansion, the WHGF Detroit provides after-school gymnastics classes to over 200 students per week through GOAL Line Detroit, a City-sponsored pilot program in Northwest Detroit which offers transportation and after school enrichment programs to students attending participating K-8 schools, and through the Boll Family YMCA of Metro Detroit.

The partnership comes out of a multi-generational relationship between Detroit native, Wendy Hilliard and the City of Detroit Recreation Department. Her advocacy efforts to create opportunities for urban youth to have access to gymnastics were inherited from her role model, her mother, Mrs. Gwen Hilliard, who will receive a posthumous proclamation from the Detroit City Council at her memorial service on February 9, 2019. Gwen Hilliard worked as an administrator in the Detroit Public School System and convinced the Detroit Recreation Department to hire two Champion gymnastics coaches from the Soviet Union who were working in the suburbs. The result was the award-winning Detroit Metro Gymnasts (DMG) program, which developed National Champions, National Team Members, World Championship Competitors, a two-time Olympian and U.S. Hall of Fame Gymnast.  Gwen Hilliard also organized the Friends of DMG to raise money and host events for the team to cover travel costs. This served as the road map for WHGF and inspired Wendy to create high-quality programs at the grassroots level to ensure the next generation of underserved youth had the opportunity to succeed in gymnastics as she did.

“My gymnastics training through the Detroit Recreation Department changed my life. Sport is a powerful tool. I use gymnastics to teach good health, discipline, and critical skills that give youth the confidence they need as they pursue their dreams in life,” said WHGF Founder, Wendy Hilliard.  “Gymnastics is one of the most popular Olympic sports but it is expensive and not very accessible in urban areas. The WHGF is changing that.”

As the captain of the Detroit Metro Gymnasts, Wendy traveled the world representing Detroit and was the first African-American to represent the United States Rhythmic Gymnastics team, of which she was a member for a record-setting nine times. Early in her career, she had to fight for her spot on the team. In 1983, Hilliard was denied a spot on the World Championship Group Routine because the coach said that she stood out too much for the synchronized routine – she was the only gymnast of color. With the support of her parents, Stratford and Gwendolyn Hilliard, Wendy challenged the decision and USA Gymnastics then selected the team based on the ranking from the National Championships which allowed Hilliard to participate in her third World Championship.  It was the pivotal incident that set the stage for her long career as an advocate for an athlete’s right to compete.

Motivated by the lack of diversity and opportunities in gymnastics, Hilliard started her Foundation in Harlem, New York in 1996 after serving as President of the Women’s Sports Foundation from 1995-1996 where she championed gender equality and participation for girls and women in sports. After two decades of successful programming in Harlem, serving more than 17,000 local youth and developing elite athletes and international gymnastics performers in the process, the WHGF launched in Detroit in 2016 where it continues to expand.

WHGF Detroit is supported by the Billie Jean King Fund and is a recipient of the Sports 4 Life initiative, a national effort to increase the participation and retention of African-American and Hispanic girls in youth sports programs founded by the Women’s Sports Foundation. Motivated by the lack of diversity and opportunities in gymnastics, Hilliard started her Foundation in Harlem, New York in 1996 after serving as President of the Women’s Sports Foundation from 1995-1996 where she championed gender equality and participation for girls and women in sports. After two decades of successful programming in Harlem, serving more than 17,000 local youth and developing elite athletes and international gymnastics performers in the process, the WHGF launched in Detroit in 2016 where it continues to expand.

The growing foundation has also captured the attention of local Michigan businesses eager to sponsor and help support the expansion in Detroit.  Envirolite, a leading provider of specialized and technologically-advanced foam products based in Troy, Michigan, as well as Tumbl Trak, a gymnastics equipment company headquartered in a 10,000-square-foot warehouse in the heart of Michigan, will be providing a wide variety of necessary equipment. With the help of donors, sponsors, and partners, WHGF continues to grow.

Classes are available! To sign up, visit WendyHilliard.org. Donations to the Gwen Hilliard Gymnastics Legacy Fund will provide scholarships for training, classes and to support the free programs of WHGF.