Gateways Music Festival: The Marian Anderson String Quartet At The 92nd Street Y On The Upper East Side 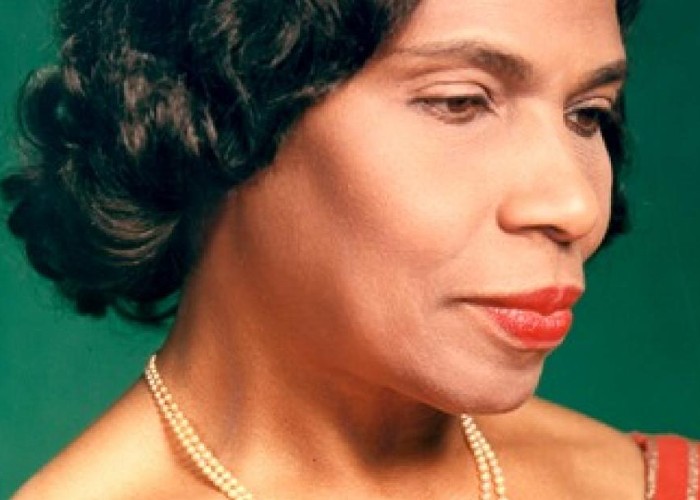 The concert will also be available via Livestream and available for 72 hours from the time of broadcast.

Tickets for both the in-person and Livestream options are $20-$30 and are available at 92y.org/event/marian-anderson-string-quartet.

In collaboration with the Eastman School of Music’s Gateways “Around the Town” Series, the Marian Anderson String Quartet will perform in the intimate Buttenwieser Hall.

The all-female ensemble has performed at presidential inaugurations, the Library of Congress and more, making history in 1991 when they won the International Cleveland Quartet Competition, becoming the first African American ensemble to win a classical music competition.

Their program presents works reflecting on the theme of enslavement, beginning with Rhiannon Giddens’ “At the Purchaser’s Option with Variations,” through a suite by Jonathan McNair composed for the story of the underground railroad, and pieces written in honor of the quartet’s namesake, before leading organically into a performance of Dvorak’s “American” Quartet.

The program for “On Being Enslaved” includes:

In 1991, the Quartet won the International Cleveland Quartet Competition, becoming the first African American ensemble in history to win a classical music competition.

To highlight this singular achievement the members of the quartet asked permission of the great contralto, Marian Anderson, to use her name as their own.

Miss Anderson responded with heartfelt approval and, in a memorable show of gratitude, the Marian Anderson String Quartet played for its legendary namesake and her nephew, conductor James DePriest.

The Marian Anderson String Quartet’s artistic endeavors have brought them to New York’s Alice Tully Hall, the Corcoran Gallery, the Library of Congress, the Cleveland Institute of Music, Kilbourn Hall, The University of Southern California, and the Chateau Cantanac-Brown in Bordeaux, France.

In 1993, the Marian Anderson String Quartet performed at Washington D.C.’s Kennedy Center as part of the 52nd presidential inaugural celebration.

The Marian Anderson String Quartet has been on the faculty of numerous universities throughout the country. They were Quartet in Residence at the City College of New York (1990-1995), and were Ensemble in Residence at California State University- Los Angeles (1995 -1999).

In 2001, the Quartet completed a graduate fellowship program at the acclaimed Shepherd School of Music at Rice University in Houston, Texas.

Driven by their belief in the power of education, the Marian Anderson String Quartet has performed in hundreds of churches, libraries, museums, soup kitchens and prisons.

They have brought their craft to countless children across America under the auspices of Young Audiences, Da Camera of Houston and Project G.R.A.D. (Graduation Really Achieves Dreams) in Houston, Texas.

In 2000, the Marian Anderson String Quartet was awarded a rural residency grant from the Texaco Foundation, which brought music and culture to communities in the south and the southwestern United States.

This award provided the funding for an extensive outreach project featuring the Marian Anderson String Quartet and benefiting the inner-city school children of Seattle, Washington in 2009.

Residencies, concerts, and talks have included: The National Gallery of Art (2015), Brown University as the Heimark inaugural artist-in-residence at the Center for the Study for Slavery, and Justice (2016), TedxBlinnCollege (2016) and The Quad City Arts in Iowa (2019).

About 92nd Street Y:  The 92nd Street Y (92Y) is a world-class center for the arts and innovation, a convener of ideas, and an incubator for creativity. 92Y offers extensive classes, courses and events online including live concerts, talks and masterclasses; fitness classes for all ages; 250+ art classes, and parenting workshops for new moms and dads.

The 92nd Street Y is transforming the way people share ideas and translate them into action all over the world.

All of 92Y’s programming is built on a foundation of Jewish values, including the capacity of civil dialogue to change minds; the potential of education and the arts to change lives; and a commitment to welcoming and serving people of all ages, races, religions, and ethnicities. For more information, visit www.92Y.org.