From Harlem To Halluin, Join The Bastille Day Global Celebration In Central Park 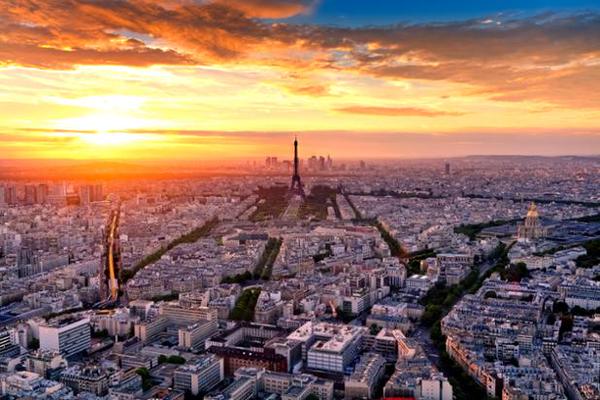 In a first for New York City, the Consulate General of France in New York, the French Institute Alliance Française (FIAF),

and the Committee of French Speaking Societies (CAFUSA) will present a special Bastille Day Celebration in Central Park.

The free celebration of the French national holiday will start at 6:30 pm ET on Wednesday, July 14, 2021, at Capital One City Parks Foundation SummerStage.

First, up is a jazz quintet headlined by vocalist Kavita Shah (whose amazing dexterity with musical languages has been hailed by NPR).

Then comes a get-up-and-dance set with film clips by star Joachim Garraud (who has collaborated with David Guetta, Mylène Farmer, and Kylie Minogue).

The evening concludes with a screening of the 2020 French comedy My Donkey, My Lover & I (Antoinette dans les Cévennes) starring the delightful Laure Calamy (Call My Agent!).

Bastille Day commemorates the storming of the Bastille on July 14, 1789, and the birth of the modern French nation.

For the French Consulate, Bastille Day is always a celebration of the French community and the French-American friendship.

Last year’s edition was also dedicated to those who suffered so much during the pandemic in New York City.

In 2021, this Bastille Day is a moment to look to the future, and to a return to normalcy, bringing back the public at SummerStage.

Jérémie Robert, Consul General of France in New York, stated: “We are thrilled to celebrate Bastille Day in Central Park, where the heart of New York beats.

It will be the symbol of the reopening of New York and of our two countries after long months of crisis. Come and enjoy this exceptional concert and film highlighting French culture and art de vivre.”

Marie-Monique Steckel, FIAF President, stated: “What a pleasure to bring our beloved Bastille Day Celebration back in person this year.

Together with our two partners, we have reimagined this event under the stars, in Central Park, commemorating the return of live performance and cinema.

Next summer, we look forward to welcoming lively crowds back to 60th Street.”

Gérard Epelbaum, CAFUSA President, stated: “The Committee of French Speaking Societies has been organizing the official Bastille Day Ball since 1924.

Unfortunately, due to the pandemic, we were not able to organize this major event last year.

Our federation of 67 member associations is thrilled to come back together and partner with the French Consulate and FIAF to create this year’s fantastic and unique celebration of our French National Bastille Day.”

6:40 PM — National Anthems of France and the United States

The Bastille Day celebration kicks off with a live jazz band performing a selection of beloved French classics. The quintet is headlined by French Grammy-nominated singer Kavita Shah, and features Matt Munisteri on guitar, Matt Penman on bass, Ferenc Nemeth on drums, and Olivier Manchon on violin.

FNAMM, which supports the development of French and francophone artists, assisted in bringing together this top-notch ensemble.

Joachim Garraud, an important member of the French Touch (or French House) music scene will mix classic French electronic and house music with movie excerpts on the big screen. Garraud’s portion of the evening will turn the festivities into a lively dance party!

Directed by Caroline Vignal, this warm comedy features stunning landscapes, a gentle touch, a few slapstick flourishes, and a tour-de-force star turn from Laure Calamy (Call My Agent!). On an impulse, Paris schoolteacher Antoinette (Calamy) decides to follow her married lover Vladimir and his family on a hiking holiday. Yet she soon realizes this impromptu vacation is more than she bargained for, as she finds herself trekking across the Cévennes mountains with only a recalcitrant donkey named Patrick to keep her company.

This film is part of Young French Cinema, a program of UniFrance and the Cultural Services of the French Embassy. 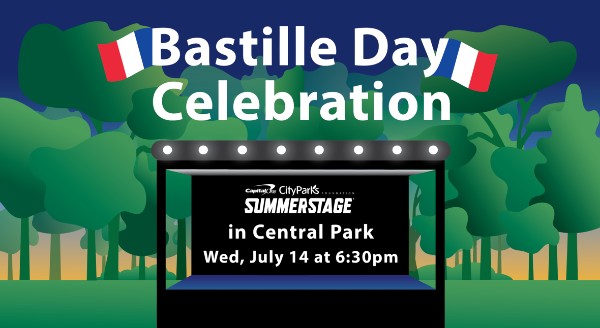 The French Institute Alliance Française (FIAF) is New York’s premiere French cultural and language center. FIAF’s mission is to create and offer New Yorkers innovative and unique programs in education and the arts that explore the evolving diversity and richness of French cultures. FIAF seeks to generate new ideas and promote cross-cultural dialogue through partnerships and new platforms of expression.

Founded in 1924, the Committee of French Speaking Societies unites French and French-speaking associations in the New York Tri-State area that are characterized by their vigorous interest in France and the French language. The Committee plays the essential role of federating our 67 member associations. We are enriched by their diversity. Our goal is to promote French culture, French American friendship and our presence in the Tri-State area.

With performances ranging from American pop, Latin, global music, dance, and more, SummerStage fills a vital niche in New York City’s summer arts festival landscape. Since its inception 35 years ago, more than six million people from New York City and around the world have enjoyed SummerStage.

In 2020, Capital One City Parks Foundation SummerStage Anywhere was launched in response to the global pandemic, presenting 80 free digital performances, spanning all genres, available to all around the world. Capital One is the Title Sponsor of SummerStage.