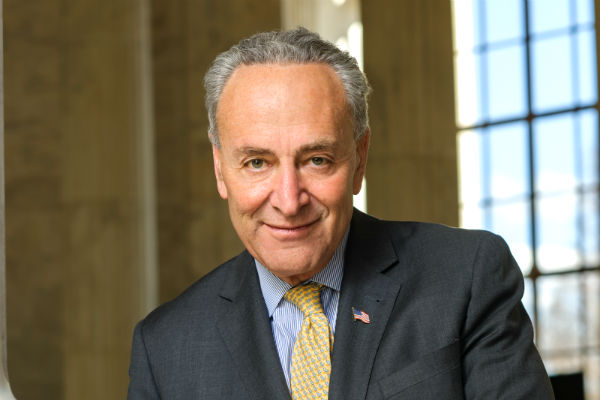 The bill earmarks $107 billion to provide a pathway to citizenship for millions of Dreamers, Temporary Protected Status recipients, and immigrant essential workers, including hundreds of thousands of immigrant New Yorkers.

Via budget reconciliation, Democrats can push through their spending plan with a 51 vote majority.

“Three decades of broken promises and partisan gridlock has hurt immigrant families and now threatens our economic recovery from this pandemic. But today, Congressional Democrats took the first step by listening to the American public and including a pathway to citizenship for our immigrant essential workers in the budget resolution package released today. We thank Senate Majority Leader Schumer, Speaker Nancy Pelosi, and President Biden for fulfilling their commitment to deliver a pathway to citizenship for the millions of hard-working families who are keeping America open for business during this pandemic and call on Congress to reject all anti-immigrant amendments during vote-a-rama. It’s long past time for America to ensure that families have the stability they need to continue to contribute to their communities and thrive.”

A few weeks before the inauguration of President Biden, the New York Immigration Coalition (NYIC) launched an aggressive campaign targeted at key members of New York’s Democratic congressional delegation, demanding an unequivocal commitment to achieving a pathway to citizenship.

The NYIC’s work is part of a multi-organizational and national effort spearheaded by FIRM to transform America’s immigration system.

The report also outlined that legalization would provide $149 billion in GDP and $39 billion in federal, state, and local taxes.

Our mission is to unite immigrants, members, & allies so all New Yorkers can thrive. We represent the collective interests of New York’s diverse immigrant communities and organizations and devise solutions to advance them; advocate for laws, policies, and programs that lead to justice and opportunity for all immigrant groups; and build the power of immigrants and the organizations that serve them to ensure their sustainability, to improve people’s lives, and to strengthen our state.