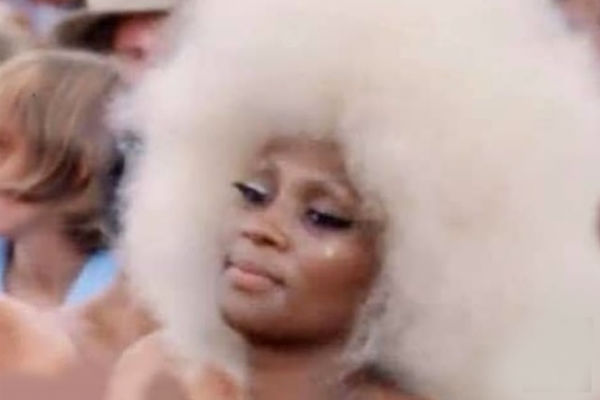 David Bowie‘s ex wife of a decade Angie has revealed she spent a year of her marriage sharing him with a renowned femme fatale from Harlem, New York.

Angie said: ‘I don’t know anyone else who could have an affair with my husband/business partner and never upset me or make me feel disrespected or neglected. I loved that her relationship with David made him feel good.’

Laurita grew up in New York’s Harlem community and after opening her own “brothel” became one of the city’s most successful madames.

She met David and Angie in 1972 after moving to London, giving up her career as a madame. Speaking about their love affair, Laurita said she had a closer friendship with Angie- more so than with David.

‘Three is one of the most powerful numbers and there was the three of us, it was very spiritual,’ Laurita said.

Speaking of their very rock ‘n roll set up for the first time, Laurita explained she was initially friends with Angie and her romance with the Labyrinth star developed later.

Laurita remained tight-lipped about her physical relationship with Bowie, hinting that she would leave that for her upcoming tell-all book.

But their year-long relationship did eventually turn sour, which Angie says was caused by ‘an infraction of the Bowie protocol’.

Laurita went on to become a mother of seven and her London restaurant became a celebrity hotspot for rock and roll stars.

singer Jimi Hendrix, which Angie has written about in her own upcoming publication.

, 48, (voluntarily named Duncan Jones) with her glam-rock husband in 1971, now lives in Tuscon, Arizona with her husband Michael Gassett.

The former model said her ex-husband’s paramour had a ‘very giving spirit’ and there was ‘no animosity’ regarding the love triangle set up.

Angie said: ‘Our friendship was so bizarre and wonderful and succeeded where, to all intents and purposes, it should never have taken root and blossomed.’

in London in 1969, at the age of 19, through a mutual friendship with record executive Calvin Mark Lee.

The couple married one year later, on March 19, 1970, at Bromley Register Office in Beckenham Lane, Kent. They had an open marriage.

She previously stated they were not in love and the union was a marriage of convenience reports our source.

After nine years of marriage, Angie and David Bowie separated, and finally divorced on February 8, 1980, in Switzerland.