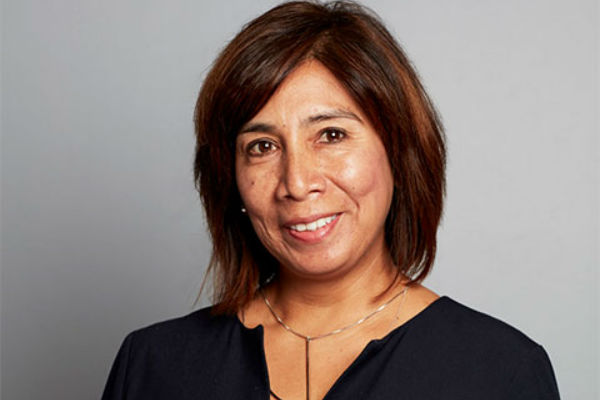 Commissioner Lorelei Salas today announced that she will be stepping down from her role leading the Department of Consumer and Worker Protection (DCWP).

Salas was appointed by Mayor Bill de Blasio in May 2016 and, under her leadership, the agency evolved and expanded its mission and portfolio of work to include protecting and promoting labor standards, prioritized proactive and strategic enforcement against predatory and deceptive businesses that target vulnerable New Yorkers, and committed itself to outreach and education of regulated businesses to build a culture of compliance.

“Lorelei is a champion for both working people and New York City consumers, leading the charge to change the Department of Consumer Affairs into the nation-leading Department of Consumer and Worker Protection,” said Mayor Bill de Blasio. “Lorelei has enhanced the agency’s ability to combat inequalities and protect our most vulnerable consumers and workers. I’m immensely proud of everything she has achieved.”

“DCWP’s mission, especially under the vision and guidance of Commissioner Salas, is central to our efforts to combat inequality in the city,” said Deputy Mayor J. Phillip Thompson. “As commissioner, she expertly and compassionately maximized the agency’s work to protect working New Yorkers and improve our communities. I thank her for her years of dedicated service and wish her the best of luck in her future endeavors.”

“I am so proud of the amazing progress we have made to improve the lives of our city’s residents during Mayor de Blasio’s administration,” said DCWP Commissioner Lorelei Salas. “From passing new laws that bring fairness and predictability to the jobs of hard-working New Yorkers to enforcing the critical laws that protect our most vulnerable consumers—especially in times of need. From the groundbreaking research documenting the extent of the student debt crisis in NYC to our inspectors and attorneys’ response to quell endemic price gouging during the early days of the pandemic to the quick action to hold employers accountable when they retaliated against employees seeking to use their paid sick leave. There are so many reasons that make me proud to have been a part of the DCWP team and I am grateful for the opportunity to have worked alongside such dedicated staff. I am also deeply grateful for the work that happens every day that the public does not get to hear about but that keeps our agency functioning and helps us fulfill our mission: to protect and enhance the daily economic lives of New Yorkers. I thank the Mayor for placing his confidence in me and for supporting our work during the last five years.”

With Salas’ appointment, the Office of Labor Policy & Standards was placed at the agency—the City’s first office dedicated to worker protection. Building on her enforcement experience in the state and federal governments, Salas supervised the implementation and enforcement of progressive municipal workplace laws such as an expanded Paid Safe and Sick Leave Law, the Fair Workweek Law, Just Cause and the Freelance Isn’t Free Act. By prioritizing retaliation cases, DCWP expedited and favorably settled cases involving essential grocery workers, a domestic worker, a domestic violence survivor, and a Chipotle employee who were illegally fired. “Since 2016, DCWP has secured a total of $14.35 million in restitution and fines for 28,914 workers from resolutions in cases against home care agencies, Starbucks, McDonald’s, Burger King, Papa John’s, Kentucky Fried Chicken, and more for violations of the City’s workplace laws.

The expansion of the agency’s portfolio of work led Commissioner Salas to update the agency’s mission to better reflect all of DCWP’s work to protect and enhance the daily economic lives of New Yorkers. The agency also formally changed its name from the Department of Consumer Affairs (DCA) to better reflect its expanded mission. Relatedly, DCWP advocated for and claimed important legislative victories at the city and state levels to enhance DCWP’s enforcement authority and ability to docket decisions and collect restitution for consumers and workers.

Her advocacy on behalf of New Yorkers also lead DCWP to conduct a study that found a lack of language access services for Limited English Proficiency (LEP) consumers offered by debt collection agencies. The report resulted in new rules to protect consumers during their interactions with debt collectors. An immigrant and non-native English speaker herself, Commissioner Salas prioritized language access across all of the Agency’s work.

When Salas took the helm of DCWP, she prioritized the investigation and prosecution of businesses that use deceptive practices to prey on consumers. As a result, DCWP filed successful lawsuits against Major World and other used car dealerships and their financing partners for deceiving consumers into taking out loans with outrageous interest rates that consumers didn’t understand and couldn’t afford. DCWP also took on bail bond companies that charged New Yorkers illegal fees, a chain of furniture stores that used deceptive practices to profit from vulnerable low-income and immigrant consumers, and immigration service providers that preyed on immigrant New Yorkers. DCWP has open cases against New York State’s third-largest for-profit school, Berkeley College, and T-Mobile and its subsidiary MetroPCS NY for allegedly violating consumer protection laws.

When the pandemic first started, Commissioner Salas quickly declared face masks in short supply in response to an increase in price gouging, which then expanded to include additional items and resulted in more than 14,000 complaints about price gouging, most of which came from the same neighborhoods that were hardest hit by COVID-19 and are already financially vulnerable. During the pandemic, DCWP created a hub of COVID-19 resources at nyc.gov/DCWPAlerts, which includes information in 10 languages about everything from business reopening, workplace rights, licensing updates, financial resources like tax prep, financial counseling, stimulus payments, and students loans, and funeral home consumer tips.

Educating the city’s small businesses was a major commitment. In 2020 alone, Commissioner Salas and staff conducted 33 Business Education Days across the city—with a focus on the neighborhoods with the highest rates of COVID-19—to educate more than 2,100 businesses about safely reopening. Commissioner Salas also created the Visiting Inspector Program (VIP) program in 2017 so that every new brick-and-mortar licensee receives a free educational visit from a seasoned inspector who can assist the new business in understanding the laws and rules that apply to their business.

Commissioner Salas championed DCWP’s financial counseling programs, investing in an expansion of the NYC Financial Empowerment Centers into new neighborhoods that have large numbers of unbanked and underbanked individuals and low or no access to trusted financial institutions, as well as overseeing the implementation of EmpoweredNYC, which provides tailored counseling to people with disabilities and their families. Salas often shared her experience receiving financial counseling several years before her appointment as Commissioner, highlighting the impact of the program on her own life and encouraging others to seek the services. DCWP’s financial counseling programs have served more than 72,200 clients since 2008, helping clients reduce over $84,591,170 in debt and increase their savings by $9,395,560.

Over the past year, DCWP’s Office of Financial Empowerment has also published several reports on the increased financial vulnerabilities of New Yorkers following COVID-19 and the impact of student loan debt on black borrowers, low-income New Yorkers, and veterans. Commissioner Salas also brought her own personal experience as a student loan borrower to advocate for solutions to, and shed light on, the extent of the student debt crisis in New York City.

Over the past year, DCWP’s Office of Financial Empowerment has also published several reports on the increased financial vulnerabilities of New Yorkers following COVID-19 and the impact of student loan debt on black borrowers, low-income New Yorkers, and veterans. Commissioner Salas also brought her own personal experience as a student loan borrower to advocate for solutions to, and shed light on, the extent of the student debt crisis in New York City.

Salas’ last day as the DCWP Commissioner will be April 30, 2021, after which she will be embarking on a new project that will build on the learnings from her work enforcing consumer and worker protection laws.