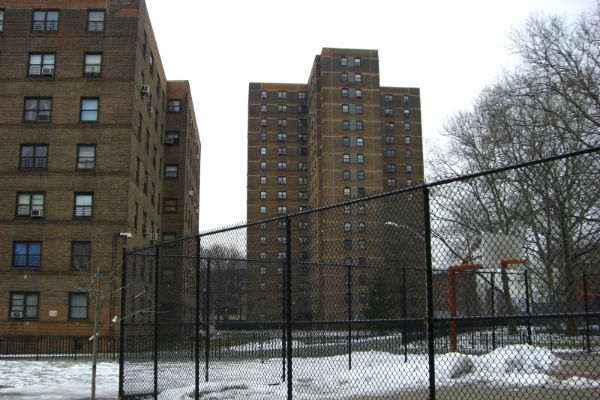 A community center at an East Harlem public housing development will be renovated using money diverted from the NYPD in the city’s 2021 budget, city officials announced Tuesday.

The Wagner Houses Community Center on East 120th Street near Pleasant Avenue is one of three New York City Housing Authority centers that will receive $22 million in funding initially intended for the police for renovations, Mayor Bill de Blasio announced.

“A strong community starts with a safe place to gather,” de Blasio said in a statement. “In June, we committed to reinvesting NYPD funds in youth and social services, and this $22 million in funding is a big step forward for NYCHA families and all New Yorkers.”

The City Council came to an agreement with de Blasio’s administration to pass an $88.1 billion budget in June. The mayor touted the budget’s $1 billion in cuts to the NYPD, but neither police unions nor activists calling for defunding the NYPD were satisfied by the cuts.

Police unions, among others, decried the $1 billion NYPD cut claimed and touted by Mayor Bill de Blasio. Meanwhile, reformers and many city elected officials cried foul on the “cut” — all it did was shift the police force’s funds to other departments without addressing systemic problems that brought New Yorkers to the streets for weeks, they said.

The budget represents a $9 billion cut in overall city funding compared to the city’s 2020 budget. Lost revenues and increased emergency spending due to the city’s coronavirus outbreak were cited for the budget shortfall.

East Harlem’s local City Council representative, Diana Ayala, praised the city’s decision to renovate the Wagner Houses Community Center. Ayala was one of 32 councilmembers to vote in favor of the 2021 budget. Seventeen councilmembers opposed the budget and one member — Queens’ Costa Constanitides — missed the vote for medical reasons.

“More often than not, community centers serve as a beacon of hope for our communities. They are the anchor of the hopes and dreams of our youth and young adults. The Wagner Community center will bring the young people at that development access to desperately needed social and recreational services,” Ayala said in a statement. “I am so excited to see this happen, and thank the administration for making this site a priority.”