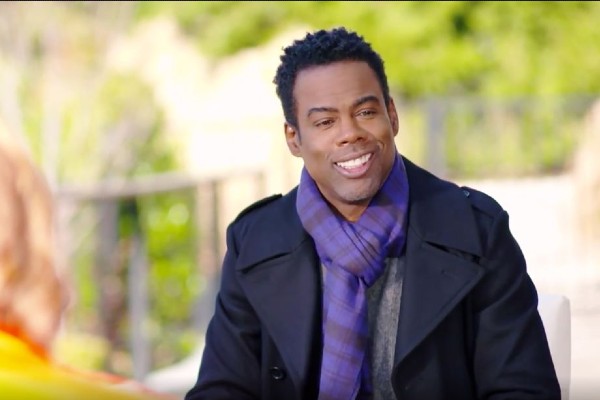 The show premiers on Thursday, February 4 at 10 pm ET/PT on BET and BET Her. The program will feature extended excerpts of Rock’s recent sit-down interview with CBS This Morning’s Gayle King from his home, and clips from his recently released special “Total Blackout: The Tamborine Extended Cut” (Netflix), in which the award-winning comedian, actor, director, producer, and writer opens up about being bullied as a kid, racism in America, Donald Trump, President Joe Biden, divorce, and the COVID-19 pandemic.

Rock goes deep when discussing his critically-acclaimed performance in the FX series “Fargo” where he plays the gangster, Loy Cannon — a challenging and dramatic role he says he didn’t “have the gravitas” to deliver earlier in his career.

Chris Rock makes you laugh, and more importantly, gets you thinking. It’s that combination that makes him one of the most acclaimed comedians of all-time.

His humor and honesty is on full display in the BET Special, “No Joke: Chris Rock and Gayle King. It’s a side of Rock that viewers haven’t seen before, and one they won’t soon forget.

Related:  Harlem's Teyana Taylor Ready For "The Start Up"