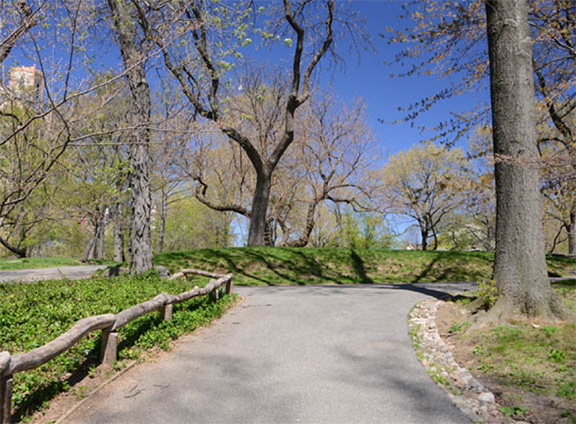 The Seneca Village interpretive signs and a highlight video are available for download here.

The interpretive signs provide an opportunity for exploration of this history at the site where Seneca Village existed. Some of the signs mark the locations of historic features such as the Village’s churches, individual houses, and natural features. Others provide more general information about the village, covering topics such as housing, gardens, and geology. The Central Park Conservancy developed the interpretative signage program with additional research and content development by historical resource consultants, Hunter Research, Inc.

Specially guided tours of the Seneca Village Outdoor Exhibit will take place this weekend, Saturday, October 26th and Sunday, October 27th, 2019. Conservancy volunteers will be available throughout the day to answer questions about the history of Seneca Village and the outdoor exhibit. For more information and to RSVP, please visit our website.

“The Conservancy’s role as a steward of Central Park also extends to studying and sharing the rich history that existed before it came to be. Our first outdoor exhibit pays homage to the special Seneca Village community and presents an opportunity for the world to explore its existence,” said Elizabeth Smith, President and CEO, Central Park Conservancy. “We’re proud to be able to promote a broader public understanding of Seneca Village and its importance in New York City’s history.” 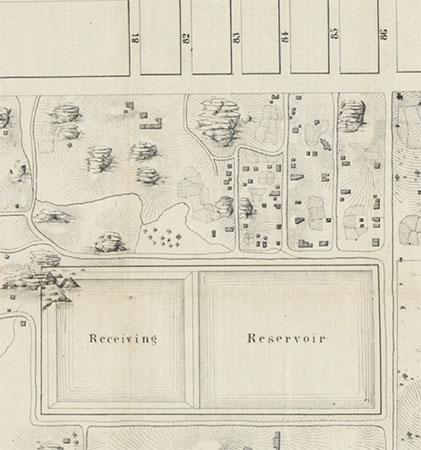 “The Institute for the Study of Seneca Village History has been studying Seneca Village for decades, through archeological excavations as well as research about the community and its descendants. This exhibit of signage will be a valuable way for the public to begin to explore the history of this extraordinary community, which is still not widely known, and to inspire discussion about its meaning today” said Nan Rothschild, Diana Wall, and Meredith Linn, founding directors, IESVH.

“The voice of the Community has been heard.  The Manhattan Community Board 10 Seneca Village Task Force, a grouping of Seneca Village stakeholders—inclusive of members of the Institute for the Exploration of Seneca Village History, the Central Park Conservancy, and the Community—came together to ensure a more comprehensive commemoration of Seneca Village in Central Park, something that Community Board 10 has been advocating for since 2001,” said Karen Horry, Chair, Subcommittee on Parks and Recreation, Manhattan Community Board 10.“Seneca Village was a thriving affluent community of achieving African Americans within the horrific context of racist oppression of 19th century America.  They suffered the injustice of having the stability of their lives snatched away and their pursuit of family, faith, education, culture, and business.  This exhibit helps tell their story, which exemplifies the resilience and fortitude of the human spirit when pitted against what appear to be insurmountable odds.”

The IESVH took shape in 1998, when Cynthia Copeland, Nan Rothschild, and Diana Wall formed the Seneca Village Project. The group aimed to conduct historic and documentary research about the Village and advocate for archeological excavation and commemoration. Together, along with Herbert Seignoret and Meredith Linn, they assembled an Advisory Committee made up of scholars and community members interested in Seneca Village. In 2011 they organized an archeological excavation of Seneca Village that uncovered thousands of artifacts. They are currently working on additional research, including locating the descendants of those who lived in Seneca Village. More information about IESVH’s work can be found here.

The History of Seneca Village

Seneca Village began to take shape in 1825 when African Americans living downtown began to buy property in the west 80s, then a remote and mostly rural area. Over time, the community grew. By 1855, Seneca Village comprised approximately five acres of land, with 52 houses, three churches, a school, numerous gardens, and several barns and stables. It was home to around 225 residents, roughly two-thirds African Americans and one-third Irish Americans.

When the City of New York began planning Central Park, it acquired the land through eminent domain, the law that allows the government to take private land for public use, with compensation paid to the landowner. This was a common practice in the 19th century and had been used to build Manhattan’s grid of streets decades earlier. There were roughly 1,600 inhabitants displaced throughout the area. Although landowners were compensated, many argued that their land was undervalued. Ultimately, all residents were required to leave by the end of 1857. Research is underway to determine where Seneca Village residents relocated and to locate descendants.

Since the 1990s, scholars and archeologists have been working to bring the history of this significant community to light. In June of 2011, the IESVH conducted an archaeological excavation at the Seneca Village site that uncovered stone foundation walls and thousands of artifacts from residents that offer valuable clues to unraveling the story of this community. Over the course of two months, archaeologists and students collected several thousand artifacts, including household items of Seneca Village residents and the remains of their homes. Some of the uncovered artifacts include items such as an iron tea kettle, a roasting pan, a stoneware beer bottle, fragments of Chinese export porcelain, and a small shoe. 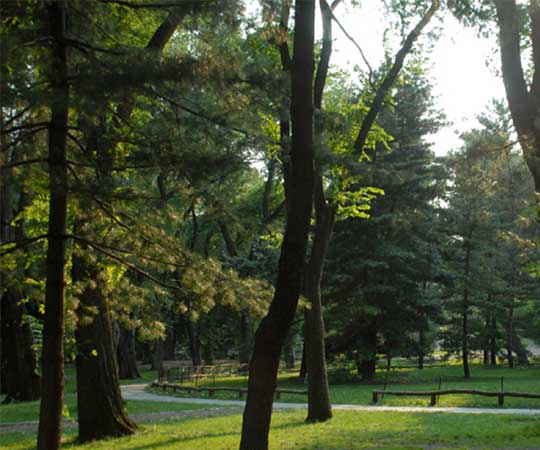 Despite its short-lived history, Seneca Village is understood as a tight-knit community that served as a stabilizing and empowering force for African Americans. To learn more about this extraordinary community, please visit our website. Information on regular tours of the Village can be found here.