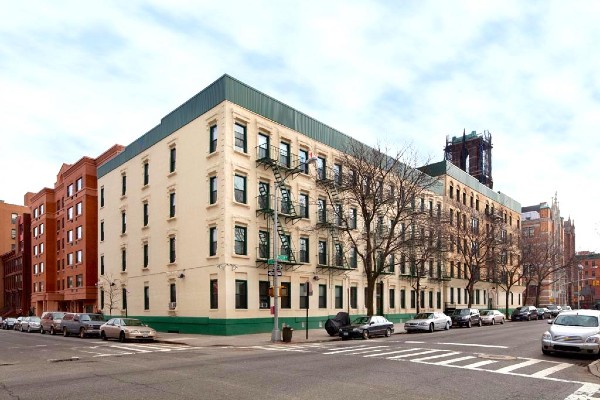 Today, Camber Property Group announced the $105 million acquisition of the Triboro Portfolio, which features over 300 units of affordable housing across three boroughs.

The buildings–Grace Towers in Brooklyn, Target Apartments in the Bronx, and Madison Apartments in Manhattan–will see 60 years of extended affordability through the deal, thanks to an agreement with the New York City Department of Housing Preservation and Development (HPD) as well a new real estate tax abatement.

Camber will undertake significant upgrades at all properties to both resident apartments and shared amenities. The deal was brokered by Gene Levental and Jamie Renzenbrink of SVN Affordable and led by Mark Abramowicz of Camber Property Group’s acquisitions team.

The portfolio benefits from a Project-Based Section 8 contract, which assures residents pay no more than 30 percent of their household income toward rent, with HUD covering the balance.

This highly sought-after rental assistance is vital in securing permanent and stable housing for residents, especially during turbulent times such as the COVID-19 pandemic.

The newly renewed long-term affordability commitment between Camber and HPD locks in this contract, the tax abatement, and the improvements that will benefit all residents.

The buildings were initially rehabilitated using Low Income Housing Tax Credits by the previous ownership group, remain in good physical condition, and are well-operated with low vacancy and extensive waitlists.

“The Triboro Portfolio, which includes over 300 apartments, exemplifies the importance of preserving low-income housing throughout the City,” said Rick Gropper, Principal, and Co-Founder of Camber Property Group. “We are proud to upgrade these buildings to offer long-term stability to the residents and respective communities. Affordable housing preservation is a critical tool to manage housing costs in a city that often lacks economical options for all of its residents.”

“Finding a buyer that could navigate local regulatory requirements and assure a year-end closing was of utmost importance to the seller,” said Gene Levental, Managing Director, SVN Affordable | Levental Realty. “After a short, invitation-only marketing campaign, Camber was selected from a small pool of other bidders, based on their experience and track record on previous transactions.”

Grace Towers is a 168 unit Project-Based Section 8 complex consisting of two six-story elevator buildings located on an 80,000 SF lot nestled between the Broadway Junction and New Lots neighborhoods, at the corner of Pitkin Avenue and Pennsylvania Avenue in Brooklyn. It is serviced by the A and C subway trains and the B20 and B83 Bus lines.

Target Apartments is an 83 unit Project-Based Section 8 complex in the Morris Heights section of The Bronx. It consists of two six-story elevator buildings at the corner of Grand Avenue and East Tremont Avenue. It is serviced by the B, D, and 4 Subway trains and the Bx32 and Bx36 Bus lines.

Madison Apartments is a 55 unit Project-Based Section 8 complex in the East Harlem neighborhood of Manhattan.

Madison Apartments is a 55 unit Project-Based Section 8 complex in the East Harlem neighborhood of Manhattan. The buildings are, respectively, a five-story walk-up and a four-story elevator-serviced structure located on the east side of Madison Ave between 130th and 131st Streets. The complex is serviced by the 4, 5, 6, 2, 3 Subway trains, a multitude of bus lines, and the Harlem, Hudson, and New Haven lines of Metro-North.

Camber Property Group has been making an impact in the affordable housing market in New York City for years, developing innovative projects and preserving much-needed affordable housing in communities across the five boroughs. This year, the firm was named Developer of the Year by the New York Housing Conference and was a finalist in the Urban Land Institute’s New York Awards for Excellence.

Camber has also made a large impact in Harlem recently, having constructed and renovated nearly 400 units across seven projects. In August, the company announced the $30 million acquisition of The Johanna Apartments, a 60-unit, 100 percent Project-Based Section 8 property across four buildings on W. 144th Street.

In July, the team cut the ribbon on the Dr. Joan O. Dawson Plaza, a 138-unit 100 percent affordable housing development in Central Harlem that features 94 units set aside for low-income seniors and 41 homes for formerly homeless seniors. Both projects are being developed in partnership with Harlem Congregations for Community Improvement.

More information on Camber Property Group can be found at www.camberpg.com.