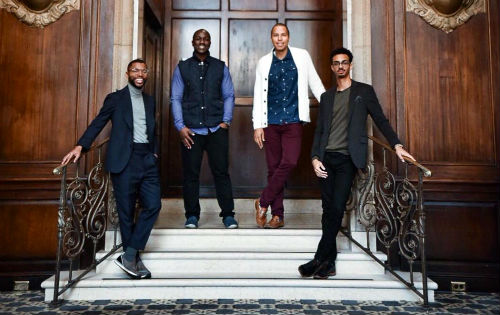 Global alternative asset firm TPG announced that it is taking a minority stake in Harlem Capital Partners (HCP), an early stage venture capital firm, and will be making an unspecified commitment to the firm’s first pooled fund. On Monday, TPG revealed that it signed a definitive agreement to make a non-controlling strategic investment in HCP, a budding investment firm managed by four millennial men of color. According to a press release, TPG will provide HCP with capital to scale its business, enhance operating capabilities, and support its portfolio. (Terms of the investment were not disclosed.)

“In its short lifespan, HCP has established itself as a go-to partner for minority founders and women-led businesses, many who are providing new and innovative solutions to different problems,” said TPG co-CEO Jon Winkelried in a statement. TPG, which was founded in 1992 by billionaires David Bonderman and Jim Coulter, currently manages more than $108 billion of assets reports Black Enterprise.

In addition to giving Harlem Capital growth funding, TPG is also creating a “Harlem Council” inside the firm, which is expected to offer resources and investing expertise to Harlem Capital. “If you look at the amount of capital that has been available for minority or women entrepreneurs, the data shows they’re dramatically underfunded,” Winkelried told Forbes. “Most of the funding dollars have gone to white males who are starting companies.”

With Harlem Capital as a partner, TPG plans to hire a diverse pool of employees. More than 50% of TPG’s 2019 and 2020 associate classes identify as women, minorities, or both.

Launched in 2015, HCP is a New York-based venture capital firm that focuses on investing in early-stage startups led by women and minorities. Together, the firm’s partners—Brandon Bryant, Henri Pierre-Jacques, Jarrid Tingle, and John Henry, who was a headliner at the 2019 Black Enterprise FWD conference—aim to change the face of entrepreneurship by investing in 1,000 diverse founders over the next 20 years. Harlem Capital’s inaugural fund has invested in companies like Aunt Flow, a provider of women’s hygiene products; Blavity, a media platform focused on black millennials; and Paladin, a pro-bono management platform for legal teams.

Last month, HCP partnered with KKR, a leading global investment firm with $200 billion in assets, to recruit women and minorities for job opportunities in the investment management industry. As part of their partnership, Harlem Capital is giving KKR access to its database of vetted candidates to help the asset manager identify and recruit a diverse group of interns and employees.