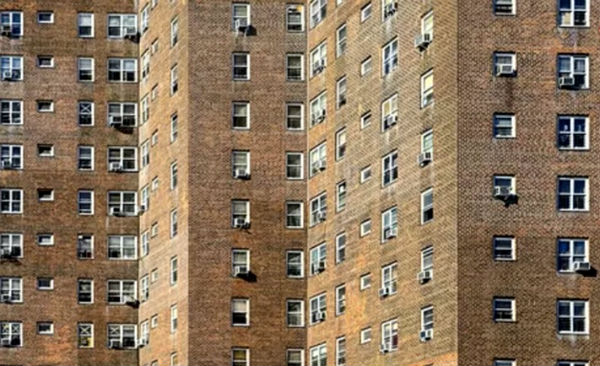 In an amicus brief filed in support of the plaintiffs in Riseboro v. SunAmerica, Attorney General James argues in defense of a non-profit affordable housing developer that is suing a private investor for ownership of a Low-Income Housing Tax Credit (LIHTC) backed-property, located in the Bushwick neighborhood of Brooklyn, New York.

The LIHTC program encourages both the initial creation and long-term preservation of affordable housing by giving valuable tax credits and other tax benefits to private investors for limited time periods.

The lawsuit was filed after SunAmerica Housing Fund collected years of tax credits on the Bushwick property, but then refused to transfer the property to Riseboro Community Partnership Inc. as it had agreed to do.

In the brief, Attorney General James argues for an appeals court to overturn a lower court order that undermines the program and endangers non-profit developers’ ability to obtain ownership of such properties and guarantee low-income housing affordability in the long term.

“This pandemic has had an overwhelming impact on the wallets of millions of Americans, and it has exacerbated and prolonged our nation’s already sizable affordable housing crisis,” said Attorney General James. “Especially as we continue to endure the economic impact of COVID-19, thousands of New Yorkers depend on the LIHTC program to provide them with safe, stable, and affordable housing. For private investors to try and skew the terms of this affordable housing program for their own financial gain is as harmful as it is unethical. My office will continue to do everything it can to combat New York’s ongoing housing crisis because every New Yorker deserves a safe and clean home to rest their heads.”

Enacted by Congress in 1986, the LIHTC program is the largest federal source of affordable housing financing in the nation — having helped develop and rehabilitate more than 2 million affordable housing units, including hundreds of thousands in New York state alone.

Private, for-profit investors and developers — acting as “limited partners” — receive tax credits and provide starting capital for the project, while the non-profit — or the “general partner” — develops the property and manages it once it is complete.

Congress made efforts to safeguard the ability of such non-profits to eventually assume full ownership of the project by providing special recognition for a contract mechanism referred to as the “right of first refusal.” This right allows non-profits to purchase private investors’ interests after year 15 for a fixed, below-market price.

The 15-year compliance period was chosen because the tax credits cannot be rescinded after this time. Once the tax credits become permanent, most investors typically exit from the development and transfer their interest to a non-profit that will maintain the project’s affordability while allowing the investor to retain the tax credits and benefits from the original transaction.

In this matter, non-profit Riseboro and investor SunAmerica entered an LIHTC partnership in 1999 to develop an affordable housing project in Bushwick.

Now that SunAmerica’s 15-year compliance period for the tax credits has concluded, Riseboro is seeking to exercise its “right of first refusal” — pursuant the parties’ agreement — and assume full ownership of the project.

However, SunAmerica is seeking to block the transfer and hold its interest in the property — which is in a gentrifying, high-value area — and extract additional value from it.

SunAmerica argues that it is entitled to do so based on its own interpretation of the contractual “right of first refusal” clause, an interpretation upheld by the U.S. District Court for the Eastern District of New York, and the subject of this amicus brief.

In the amicus brief — filed in the U.S. Court of Appeals for the Second Circuit — Attorney General James argues that the district court’s decision to uphold the investors’ interpretation of the “right of first refusal” clause undermines the LIHTC program’s purpose of incentivizing the creation of new affordable housing and preserving long-term affordability.

If SunAmerica, and other private investors, were to similarly seek to hold their interest in affordable properties — particularly in gentrifying areas — it would eventually convert those properties to market-rate rents, putting them beyond the reach of low-income New Yorkers.

Additionally, the district court’s decision threatens to place onerous new transfer costs on non-profit partners in exchange for an exit, depleting the much-needed capital that non-profits depend on to sustain and build long-term affordable housing.

Attorney General James also argues, in the brief, that the lower court based its decision on an incorrect interpretation of New York law.

The district court’s decision that Riseboro could not exercise its “right of first refusal” over the objection of SunAmerica is inconsistent with the established understanding of the right in the specific LIHTC context, as authorized by statute and established by the partners’ contract.

In the LIHTC context, the usage of the term “right of first refusal” supports the non-profit’s right to a unilateral transfer of ownership to the non-profit partner after the expiration of the tax credit compliance period.

Joining Attorney General James in submitting this amicus brief is Corporation Counsel for the City of New York James Johnson.