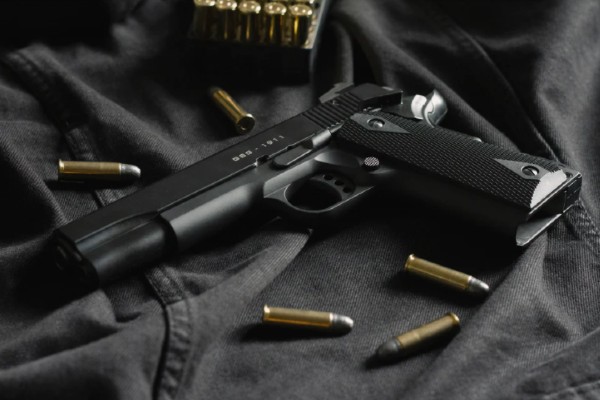 They were brought forward by the National Rifle Association (NRA), Executive Vice-President Wayne LaPierre, and Corporate Secretary and General Counsel John Frazer as they sought to dismiss a lawsuit filed by Attorney General James against the organization in August 2020:

“Today, the court affirmed my office’s right to pursue its long-standing claims that fraud, abuse, and greed permeate through the NRA and its senior leadership. While we’re heartened that the judge rejected the NRA’s attempts to thwart most of the claims in our case against the NRA, we are disappointed that the judge ruled against the dissolution portion of the case. We are considering our legal options with respect to this ruling. We remain committed to enforcing New York law regardless of how powerful any individual or organization may be.”

In today’s decision, the court let stand all of the Office of the Attorney General’s (OAG) claims of self-dealing, abuse, and unlawful conduct by LaPierre, who has been at the helm of the NRA for three decades.

Similarly, the court rebuked the efforts by Frazer to dismiss him from the case, finding that OAG’s allegations that Frazer violated his obligations as the NRA’s General Counsel for failing to address conflicts of interest and respond to whistleblowers who alerted the NRA to systemic financial wrongdoing were valid.

The court also held that OAG’s claims against the NRA for false regulatory filings and failing to address conflicts of interest will proceed.

In August 2020, Attorney General James filed a lawsuit against the NRA and four of the organization’s current or former top executives for failing to manage the NRA’s funds; failing to follow numerous state and federal laws, as well as the NRA’s own bylaws and policies; and contributing to the loss of more than $64 million in just three years.

The suit was filed against the NRA as a whole, as well as LaPierre, Frazer, former Treasurer and Chief Financial Officer Wilson “Woody” Phillips, and former Chief of Staff and Executive Director of General Operations Joshua Powell.

The NRA then moved to dismiss Attorney General James’ complaint in its entirety, stay the action, and change the venue to an Albany court.

This past January, the New York County State Supreme Court ruled that the case be permitted to continue in a Manhattan court, and not be moved to an Albany court or dismissed outright.

Days before that ruling, in an effort to avoid accountability altogether, the NRA filed for chapter 11 bankruptcy even though the organization still claimed to have healthy financial reserves.

In May, a federal bankruptcy court in Texas rejected the organization’s claims of bankruptcy after the NRA sought to reorganize in Texas, finding that the NRA had filed for bankruptcy to avoid regulators and stating, “that the NRA did not file the bankruptcy petition in good faith.”