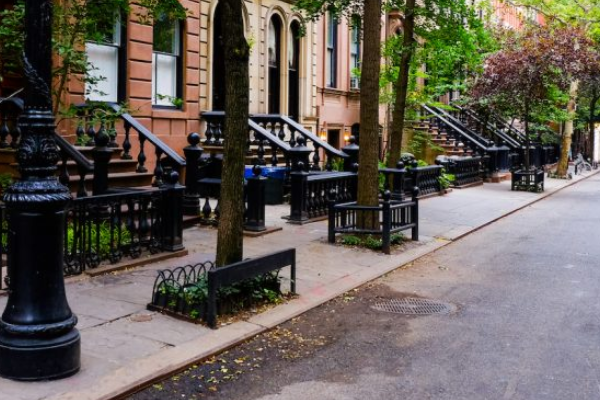 An order by the New York Supreme Court bars Toledano from engaging in any New York real estate business activity for at least five years, at which point he can petition the court for reentrance. This decision comes after Toledano repeatedly violated a 2019 agreement with the Office of the Attorney General (OAG) that required him to stop harassing New York City tenants and stop engaging in illegal and predatory real estate practices.

“New York tenants can breathe more easily knowing that Rafi Toledano is no longer in the real estate business,” said Attorney General James. “Through his deceptive and illegal actions, Toledano caused incredible pain and suffering to hundreds of vulnerable families, who are still feeling the effects of his harassment today. Every New Yorker deserves to live in a safe, decent home free of abuse and fear. Let this serve as a reminder to New York landlords: Any attempt to use illegal, manipulative methods to put profits over people will be met with the full force of my office.”

Attorney General James’ original investigation established that Toledano engaged in a pattern of fraudulent and illegal conduct throughout his work as a landlord and real estate developer.

Toledano harassed tenants in the East Village through coercive buyouts and illegal construction practices, and failed to provide his rent-regulated tenants with utilities, repairs, and other necessary services.

Toledano also engaged in deceptive business practices in his real estate transactions, including repeatedly and persistently misrepresenting himself as a lawyer and advertising apartments with three or four bedrooms, when legally the apartment could have one or two bedrooms only.

Under the terms of the 2019 Consent Order (stipulation and judgment) negotiated by Attorney General James, Toledano’s real estate business was ordered to be supervised by an independent monitor to ensure that Toledano stopped engaging in fraud and tenant harassment.

Additionally, Toledano was not allowed to have any direct contact with tenants, required to hire an independent management company for his properties, and required to pay damages and penalties.

The June 2019 agreement stipulated that Toledano could be subject to penalties for violating the agreement, including a ban against participating in the real estate business, and a further suspended judgment of $7 million.

While continuing to monitor Toledano, OAG found that he was violating the terms of the agreement, including:

In response to Toledano’s blatant disregard for the provisions laid out in the 2019 agreement, Attorney General James filed a motion seeking enforcement of the consent order’s penalty provisions (including the real estate ban) in December 2020.

This month, the New York Supreme Court entered a supplemental consent order barring Toledano from any further real estate business activity in New York state (other than activities relating to the liquidation of his current portfolio).

Toledano will be required to pay OAG an additional $500,000 from the sales of his current properties to cover past-due penalties.

Toledano may petition the court for permission to rejoin the New York real estate industry after five years, but only if he has shown compliance with the consent order during that time.

“No one is above the law. We have seen this blatant disregard for New York rent laws and callous treatment of tenants far too often,” said U.S. Representative Yvette D. Clarke. “Many have unwisely chosen to make a career in New York’s real estate market by engaging in deceptive business practices and taking advantage of unsuspecting renters. This decision by New York Attorney General Letitia James to ban a bad actor from inflicting more harm to tenants is the right one that sends a strong message: New York will hold accountable anyone that engages in illegal conduct that forces people out of their homes for the sake of wealthy stakeholders and real estate tycoons. I wholeheartedly support Attorney General James’ pursuit of housing justice and am grateful for her efforts to protect New York tenants.”

“This action puts New York landlords on notice — we will not tolerate tenant harassment or other illegal behavior,” said State Senator Zellnor Myrie. “I’m grateful to Attorney General Letitia James for safeguarding the rights of tenants.”

“Predatory landlords like Toledano should know by now that New York City and New York state won’t tolerate tenant harassment and shady business practices,” said Brooklyn Borough President Antonio Reynoso. “I want to thank Attorney General James and her team for staying vigilant about protecting tenants and taking action to ensure that Toledano doesn’t harm anyone else. I hope this is a lesson to other landlords who think they can get away with treating their tenants this way.”

“Landlords like Raphael Toledano, who harass tenants and engage in dishonest business practice, do not deserve the privilege of continuing to conduct business in New York,” said New York City Council Member Rita Joseph. “I’m thankful that Attorney General James was able to ban Toledano from New York real estate activity, and I’m eager to work alongside her in future fights against bad-faith landlords.”

“While Toledano’s story and his attempts to use dangerous construction and intimidation in order to harass and displace rent regulated tenants were cartoonish, they are all too common in the New York real estate industry,” said Liam Reilly, housing organizer, Cooper Square Committee. “This settlement is a welcome result of years of committed organizing by Tenants Taking Control (formerly known as the Toledano Tenants’ Coalition), who have been steadfast in their demands for safe conditions and basic dignity in their homes since Madison Realty Capital financed Toledano’s descent upon the East Village over 5 years ago. I applaud the example Attorney General James has set by barring Raphael Toledano from purchasing more buildings in the city, and hope that this settlement serves as a wakeup call to show speculative landlords and real estate investment firms that when tenants are harassed and fight to give voice to their concerns, they’re heard both at home and in Albany.”

“Tenants Taking Control is grateful to Attorney General James for barring Raphael Toledano from engaging in real estate dealings throughout the state of New York,” said Liz Haak, a former tenant of Toledano. “In the future, tenants will not have to suffer the harms that Toledano inflicted on us. During his ownership of 22 buildings, Toledano harassed tenants with in-person visits and phone calls urging the acceptance of low-ball buyouts. He succeeded in intimidating almost half of the tenants into vacating their mostly rent-regulated apartments. Toledano engaged sometimes illegally in wanton destruction of habitable apartments, causing elevated levels of lead dust. Some buildings had cooking gas and intercom shutoffs. All tenants experienced a lack of janitorial maintenance services, exterminator services, and warranty of habitability. Our coalition is grateful to Attorney General James for taking action on our complaints.”

“Tenants are not pawns to be abused and discarded in big real estate’s illegal, money-making schemes,” said Sandra Mayer, a former tenant of Toledano. “At least one bad-acting chess piece has been removed from the board in New York. On behalf of future tenants who deserve peace in their homes, Tenants Taking Control is extremely grateful to Attorney General Letitia James and her staff for barring Mr. Toledano.”

“The tenants who lived through Toledano’s ownership have fought for years to recover and keep their homes.” said Mike Leonard, supervising attorney, TakeRoot Justice, which has worked with many of the tenants in Toledano’s buildings. “Attorney General James has stood with them, and it’s a relief to know now that Toledano is barred from being a landlord, that no other tenants will have to go through what they went through.”

“Landlords are often able to harass tenants without any consequences for their actions,” said Michael McKee, treasurer, Tenants Political Action Committee. “It’s high time that government got serious about holding bad-acting landlords accountable for their predatory behavior instead giving them a light slap on the wrist. We thank Attorney General James for setting a powerful example.”