Another Harlem Church Demolished To Be Redeveloped Into Seven Story Apartments 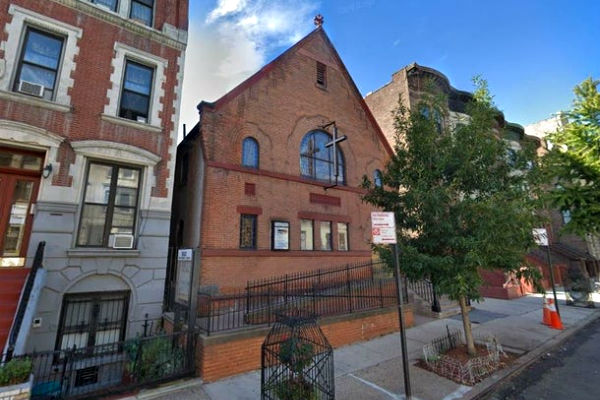 A Harlem church is redeveloping into a mixed-use building that will feature apartments and a new space for the congregation, according to plans filed recently with the city.

With 28,927 square feet of space zoned for residential use, the average apartment in the new development will be about 826 square feet. The development also has 5,109 square feet zoned for community facility space, which will be used for the new church space, according to building plans.

Plans to demolish the existing church building have not been filed.

Places of worship around New York City, especially in Harlem, are exploring redevelopment in order to stay alive amid the financial pressures of operating in the city.

Photo credit: The Grace Congregational Church of Harlem filed building plans for a seven-story development at its site. (Google Maps)