An Afternoon With The Fabulous Mary Lou Williams: The Lady Who Swings The Band In Harlem 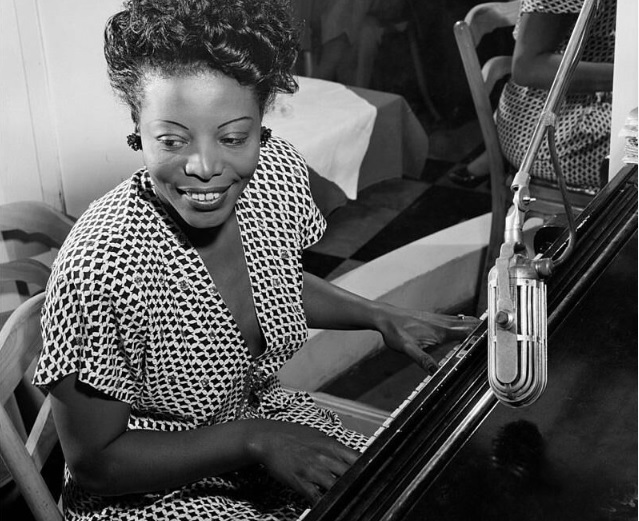 Harlem One Stop, a leading uptown destination marketing organization and tour operator and originator of the Harlem Renaissance 100 celebration, today announced the program for An Afternoon with Mary Lou Williams: The Lady Who Swings the Band. The film screening and concert are official events of the centennial, co-presented with Harlem Cultural Collaborative Partners, which launched in late 2018 and runs through 2020.

The program will be presented Sunday, May 5, 2019, at Our Lady of Lourdes Church and School in Harlem. Founded in 1901 to serve the growing Catholic population of Hamilton Heights, the church became a spiritual sanctuary for neighborhood resident Williams in the mid-1950s.

“We envison the event as a kind of homecoming for Mary Lou Williams,” says Yuien Chin, executive director of Harlem One Stop, the originator of the Centennial celebration. “Like many Harlem residents of her era, she gained worldwide acclaim, and she’s still known today for her collaborations with artists such as Duke Ellington, Benny Goodman, Thelonious Monk, Charlie Parker, Miles Davis, and Dizzy Gillespie. But in Hamilton Heights, she was simply one of our neighbors, and it’s wonderful that the community has this opportunity to come together in her honor.”

. The filmmaker and journalist will be on hand following the movie for a conversation with jazz historian Loren Schoenberg, a senior scholar at The National Jazz Museum in Harlem, from 5:00–6:00 p.m., and the event will conclude with a performance from 6:00– 7:00 p.m. by The Bertha Hope Quintet in partnership with the National Jazz Foundation.

Bertha Hope, a 2018 recipient of the National Jazz Museum in Harlem’s Legends of Jazz Award, is a recording artist, bandleader, and educator whose work has some overlaps with Williams’ own career. Hope’s own collaborations include global tours with Nat Adderley, Dizzy Gillespie, and Eddie Henderson. The concert thus provides the audience with a direct link through a century of jazz performance and performers.

For a full list of Centennial events, visit http://harlemrenaissance.org/.

Born in the aftermath of World War I, the Harlem Renaissance evolved along with the Great Migration of African Americans from the rural south to urban centers. These new communities came to life with the pulse of a jazz, blues and R&B soundtrack that reinvented popular culture in the U.S. and beyond. And as those rhythms made us hear the world in a new way, the emergence of African American writers transformed the vocabulary of American literature.

Harlem One Stop, a community-based 501(c)3 organization and Harlem institution in its own right, is known for its guided walks through West, Central, and East Harlem

as well as specialty tours with themes such as Gospel, jazz, and the Harlem Renaissance. Its programs offer visitors and New Yorkers alike an insider’s perspective on Harlem’s culture, heritage, architecture, and history and an inspiring introduction to Manhattan’s uptown neighborhoods.

The Harlem Cultural Collaborative Partners include, to date, the Apollo Theater,