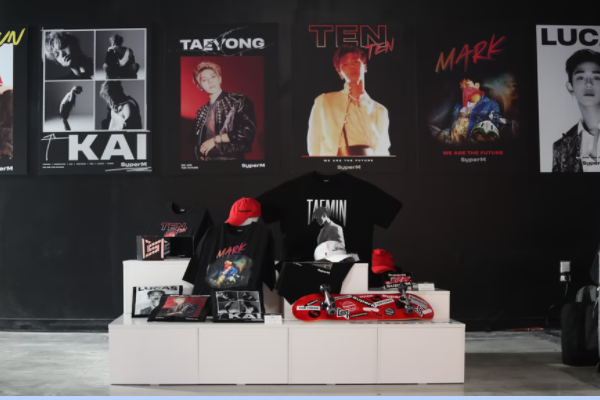 You may have noticed that K-Pop has taken over the internet. What is it about this music genre that has captured the attention of so many people across the world? Is it just a fad? Or are there deeper reasons for its popularity and growing global influence? This article will explore some possible explanations for why K-Pop has become such a phenomenon.

There Are Many Ways To Get Involved In The Fandom

Being a K-pop fan is more than just enjoying the music. It’s about being part of a larger community and supporting talented artists from all around the world. One way to show your support is by buying albums or attending concerts to boost album/ticket sales which then helps fund future projects for these stars. Another option that fans often enjoy is online challenges like dance videos, reaction clips, cover songs, etc., where participants can showcase their talents while also sharing them with other viewers on social media platforms like YouTube and Instagram.

Merchandise is another popular way for fans to show their dedication to a group or artist. ARMYs can get cute merch for BTS that includes everything from t-shirts, phone cases, and stickers to notebooks, towels, and even slippers. There are so many ways for fans to get involved in the K-pop fandom and every single one of them is a lot of fun.

K-Pop songs are often characterized by their catchy hooks, upbeat rhythms, and synthesized sounds. This unique blend of styles has attracted fans from all over the world who appreciate its fresh sound. In addition to its distinctive music style, K-Pop also features intricate choreography that is highly synchronized and visually appealing. The elaborate dance moves add an extra level of excitement and spectacle to the performances. Lastly, K-Pop artists are known for their energetic stage presence which creates a thrilling concert experience for fans. All of these factors contribute to the genre’s growing popularity.

K-Pop Stars Are As Talented As They Look

When you think of K-pop, the first thing that comes to mind is probably groups like BTS or BLACKPINK. However, countless other talented artists in this industry deserve recognition for their hard work and creativity. It’s easy to see how these singers have become role models for people all around the world thanks to their exceptional singing abilities, dance skills, acting chops, and more! Their charm isn’t limited to just music either, they’re known for being charismatic on television programs too. Through various media formats such as social media posts and interviews with reporters from leading news outlets, fans get a closer look into each artist’s life which creates deeper connections between them and admirers. K-Pop stars are so multi-talented that it’s hard to resist becoming a fan.

K-Pop  Appeals To A Wide Range Of Ages

One of the reasons why K-Pop has become so popular is because it appeals to people of all ages. While most fans are in their teens or twenties, there are also plenty of older listeners who enjoy the genre. This broad appeal is a result of the many different styles of music present in K-Pop as well as its upbeat energy. In a world where people are constantly dividing themselves into smaller and smaller groups, it’s refreshing to see something that can unite people from all walks of life. Whether you’re young or old, K-Pop offers something for everyone.

Being a K-pop star is not an easy job – they work extremely hard to make sure their performances are on par with the high expectations of fans. This dedication has earned them plenty of praise and admiration, especially from younger viewers who look up to these stars as role models. The fact that they’re often outspoken about issues like mental health awareness, self-care, social justice, and more also adds another layer of relatability for people across the world. These values don’t just stop at music either, many idols have made appearances in films or television shows where they’ve used acting abilities to bring attention to important topics too. If you want someone who will inspire you while making you smile, look no further than your favorite K-pop star!

K-pop fans are some of the most passionate music fans in the world. They are known for their dedication to their favorite artists and for their willingness to support them no matter what. This passion is one of the things that has helped K-pop grow so rapidly online.

Fans love sharing their love of K-pop with others, and they are always eager to introduce new listeners to their favorite bands and songs. They also work hard to promote K-pop on social media and elsewhere online, helping to spread the word about this unique form of music. Thanks to the passion of its fans, K-pop continues to grow in popularity online each year. And there is no doubt that it will continue to do so for years to come.

There are many sub-genres of K-Pop, which allows the members to express themselves creatively through fashion. Some brands that have K-Pop Idols as brand ambassadors are Adidas, Nike, Chanel, and Gucci. K-Pop fashion is not only popular in Korea, but all over the world. The trendsetting styles of K-Pop idols have influenced the fashion industry as a whole.

Just like their music, K-Pop fashion is unique and expressive. It often incorporates bright colors, flashy patterns, and lots of accessories. K-Pop fashion is always changing and evolving, so there’s always something new to see! If you want to stay up to date on the latest trends, be sure to check out some of your favorite K-Pop idols’ style blogs or Instagram accounts. 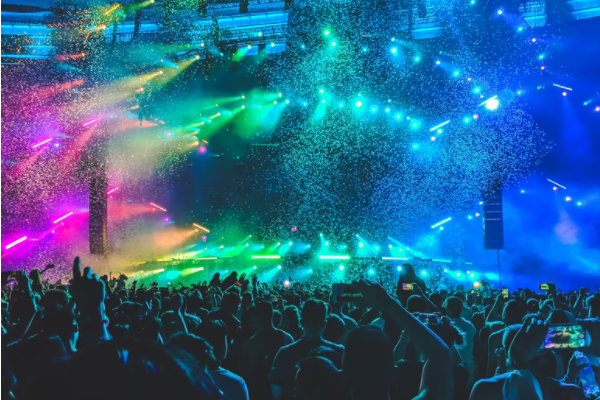 Korean Entertainment has become extremely popular in the past few years, and for good reason. From their catchy song lyrics to extravagant stage performances, there is something about this genre of music that draws fans from all over the world into its sphere of influence.