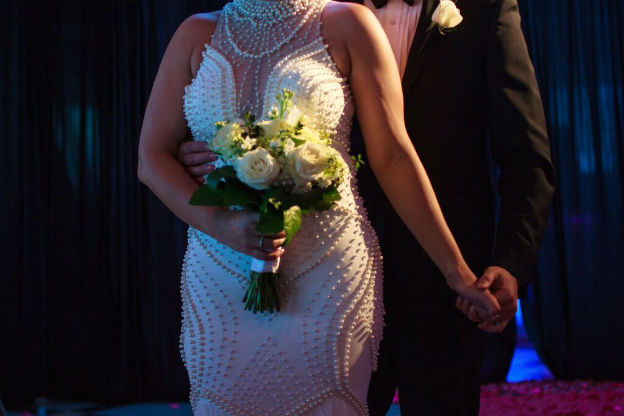 Researchers have looked at everything from what you’re actually doing when you think you’re helping your partner to the truth about the way you handle disagreements reports, Oprah.

1. The Most Successful Marriages Start at This Age, And It’s Not What You Think

The older you are when you tie the knot, the more solid the marriage will be, right? Not exactly true. The sweet spot for the start of a lasting union: 32 years old. The risk of divorce declines steadily with age throughout your 20s, but after 32, it rises by about 5 percent per year. That’s the surprising discovery that Nicholas Wolfinger, Ph.D., a professor of family and consumer studies at the University of Utah, made last summer after analyzing marriage and divorce data from more than 6,000 Americans collected between 2006 and 2010. “It used to be a simple, linear relationship,” he says. “The older you were when you married, the less likely you were to get divorced.” Wolfinger isn’t sure what’s causing the change, but he does note that people are waiting longer than they used to, which may be a factor.

2. Not All Support Is Beneficial

When your significant other is stressed but hasn’t asked for help, helping in an obvious way is like asking someone if they want a cup of coffee because they look tired. “Suddenly your partner thinks, ‘I must be struggling so badly that you had to do something.’ That can make them feel like they’re failing, and that can affect how happy you both are in the relationship,” says Matthew Johnson, Ph.D., a professor of psychology at Binghamton University and author of the new book Great Myths of Intimate Relationships: Dating, Sex, and Marriage. He points to the study that first brought this effect to experts’ attention. Researchers followed New York City couples in which one partner was studying for the bar exam. They kept individual daily diaries of what they were doing for the other, what their partner was doing for them and how happy they were in the relationship. Surprisingly, couples where the non-studying partner reported giving the other a lot of help, but the one cramming for the exam said they didn’t receive much support, were happier than couples where the non-studier offered a lot of support and the test-taker noticed. That doesn’t mean you shouldn’t be there for your partner when they’re overwhelmed. Just practice what the authors of the study call “invisible support”: helping in ways that make their life a little easier without drawing attention to it, like taking care of a chore that neither one of you relishes without pointing out that you did it. (And putting some faith in the fact that they’ll reciprocate.)

3. How Often You Have Sex May Matter More Than You’ve Been Told

Ask a couples therapist how often you and your partner should be getting busy and they’ll likely tell you as often as makes you happy. We don’t disagree, but in the spirit of interesting scientific findings, here’s this: The more frequently partners had sex, the more positive their implicit, or gut-level, feelings about the relationship were, according to a new study in Psychological Science. To put “implicit feelings” into real-world terms, it’s the difference between automatically smiling when you see your partner walk through the door after work and smiling after you remind yourself that they offered to make dinner tonight. The first one happens without you even realizing it; the second requires some effort. That’s the crucial difference, says Lindsey Hicks lead author of the study and a doctoral student in social psychology at Florida State University. “When you’re tired and don’t have the energy to think about how you feel about your partner, the implicit attitude you have toward them is the one that will come out and influence the way you treat them,” she says. This is an early study, and the researchers aren’t suggesting that we should all stop everything and have sex as often as possible, but more positive implicit feelings are just another good reason to spend more time in the bedroom. If you also want to spice things up in the bedroom it’s always best to use vibrating toys.

It doesn’t take an expert to guess that people who tend to get angry during spats with their partner are more likely to have heart-related issues later on. Stonewallers (the “I don’t want to talk about this right now” type) are also at increased risk—this time, for musculoskeletal problems like back pain. In a 20-year study just published in Emotion, researchers followed 156 couples (half in their 40s, the other half in their 60s, all married for at least 15 years) by bringing them into the lab every five years and asking about their health, and videotaping them as they talked about a current conflict in the relationship. After analyzing the tapes for signs of anger and stonewalling, the researchers discovered the heart and musculoskeletal connections. “When people stonewall, they’re usually feeling something inside but they don’t want to let it show, and they tend to get physically tense and stiff,” says Robert Levenson, Ph.D., professor of psychology at UC Berkeley and one of the authors of the study. “It’s like there’s a car that’s pulling out of the garage and you’re standing in front of it trying to hold it back, only the car is your emotions.” The other important takeaway: Whatever disagreements you two have, try to resolve them sooner rather than later so they don’t wear on your mind and body for decades. A lot of the couples in this study had the same conflict year in and year out, and they usually discussed it in eerily similar terms. Says Levenson, “Sometimes we’d be listening in and wondering, ‘Is this the same conversation they had five years ago?'”

5. You and Your Partner Are More Alike Than You Realize

We know from research that, in fact, opposites don’t really attract. You just think they do because “it’s the dissimilarities that jump out at you,” says Chris Crandall, Ph.D., a professor of psychology at the University of Kansas. “For example, you both hate martial arts movies, but that never comes up, so the fact that you both dislike them is completely unremarkable to you.” When you focus on X, Y, and Z ways you’re different, you miss areas A through W that you’re alike, and trying to make those tiny, likely insignificant differences disappear is a waste of time and effort. When researchers interviewed more than 4,000 people (including romantic partners and friends) to see if, over time, their pre-existing opinions led to some kind of change in the other person, “the answer was a resounding no,” says Crandall, lead author of the recent study in the Journal of Personality and Social Psychology. So maybe it’s time to accept the fact that he’ll only read non-fiction or even disagrees with your political beliefs and focus on the million other ways that you are in sync.