5 Effective Ways To Fight With Anxiety 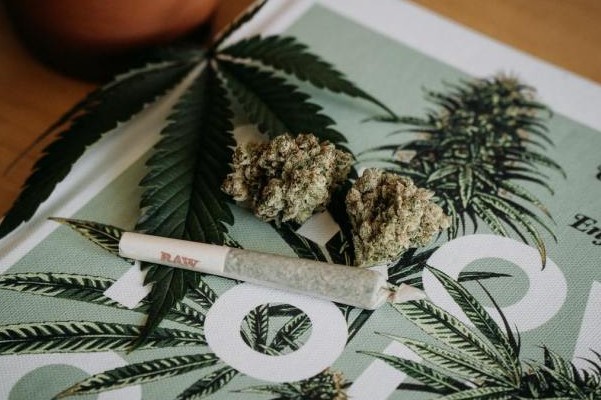 The first recorded use of cannabis as a medicinal herb is 8000BC in Asia. For the past ten millennia, humans have used cannabis in various forms for their health and spiritual well-being.

The effects of one of the main compounds in cannabis, THC led to it being classified as a restricted substance in the 20th century. However, researchers have been studying the plant and demystifying all the chemical compounds in it, and they have found it to have very many benefits to human health.

The environment is full of pathogens such as bacteria, viruses, and fungi which cause infectious diseases. The body needs a system to fight these illnesses, causing microorganisms. Without an immune system, small infections become severe and fatal illnesses.

The human immune system is made up of the following components:

These systems work together to eliminate foreign and harmful micro-organism. The main player in our immune system are the white blood cells, which fight infection by attacking and destroying the cells of the disease-causing microbes.

What’s the Role of the Endocannabinoid System in Promoting Immunity?

Scientists have known for decades that the immune system function is maintained through constant communication between the immune cells, tissues and organs. But the role of the endocannabinoid system (ECS) in promoting immunity was still unknown.

It was not until the 90s that the ECS system was discovered, solving the missing piece to the puzzle. The system regulates the body’s homeostatic processes. It works round the clock to make sure that your body has biological balance. The two main functions which are regulated by the ECS system are the immune function and inflammation in the following ways:

CB2 Receptors fight inflammation, which is why cannabis is excellent for people dealing with autoimmune conditions and Neurodegeneration.

Research shows that cannabis has a direct impact on the ECS which means that taking cannabis affects your immune system in some way. Here are some of the ways:

A lot of the initial research on the effect of cannabis on HIV patients showed that it caused immunosuppression. The outcomes suggested that THC was suppressing the immunity in patients and worsening the virus’s effects on the T cells. However, scientists have carried out more recent THC research, and their results indicate that the cannabinoid increases the effectiveness of the immune system.

Here are ways in which Cannabis helps alleviate HIV symptoms:

Most HIV patients have to deal with nerve pain or peripheral neuropathy, all the time, which is a result of nerve damage. Cannabis helps alleviate the symptoms of nerve pain.

A lot of HIV patients also experience weight loss as a side effect. Patients who use cannabis experience an increase in appetite, which helps weight gain.

However, you should use edibles instead of smoking to avoid the negative effects that further weakens your respiratory system.

Medical marijuana is popular for its success in alleviating cancer symptoms. The difference between cancer cells and other pathogens is that once the body starts developing cancer, the cells reverse the way the immune system works. The immune system is unable to eliminate the cancer cells through apoptosis, and consequently, the cells start growing uncontrollably.

Recent research reveals that THC has anti-cancer properties. THC can arrest the disarmament that the immune system undergoes when attacked by cancer, and restore the body’s ability to kill cancer cells. This limits the growth and metastasis of the tumors.

Eating cannabis may have massive benefits on the user’s mental health state. The Cannabis (marijuana or hemp) seeds have omega-3 fatty acids, and plant terpenes, which are beneficial in the following ways:

Lack of enough sleep weakens your immunity. It reduces your body’s ability to defend itself against invaders and makes recovering from diseases difficult. Continuous sleep deprivation can lead to serious heart diseases and mental illnesses like depressions. Cannabis may be good for people in these conditions because it relaxes your brain and improves sleep.

CBD, found in cannabis interacts with the ECS system and regulates the production of the sleep hormone melatonin. It allows you to fall asleep faster and remain asleep longer. When you are sleeping, your body gets time to rest and repair itself, which improves your immunity.

They integrate to different parts of the nervous system

The cannabinoids present in cannabis trigger neurogenesis by acting on the body’s own endocannabinoid system. The dose and duration of exposure determine how much neurogenesis will occur. Cannabis-induced neurogenesis could be the best way to prevent multiple sclerosis and other neurodegenerative disorders.